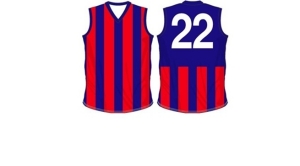 Port Melbourne are just a few wins away from breaking the competitions record for current clubs of the longest winning streak. The record currently stands with the Northern Blues who over 1984 and 1985 won 23 games in a row as the Preston Bullants.

Port meet Frankston in Round 1 this weekend on Sunday 25th March at Frankston Oval. The 2011 wooden spooners will put up a strong fight, but Port Melbourne should account for the developing team. Round 2 holds a tougher opponent in Werribee who are going from strength to strength. When they met last year, Port came out of the Round 10 encounter with a 19 point win.

If they are still striving for the record, their following and final challenger is Bendigo on Saturday 7th April at Queen Elizabeth Oval.

Port Melbourne will remain a tough Club to beat in 2012; however, they have lost several key players from their Premiership side which should in turn hamper their stronghold over the competition. Players such as Shane Valenti, John Baird, Sam Pleming, Dean Galea and Toby Pinwill will have to lead the team by example and execute some top performances this Season.

With some 800 games of VFL experience left we are relying on our senior core of premiership players left and the return of long term injured players such as Bentick, Bonaddio, Tom Johnston and Myles Pitt plus a rapid improvement rate from some of our 2nd and 3rd year players. With youth it always has its inconsistencies in form and performance.

Our preparation has been disjointed with ground issues and players unavailability due to injuries but things are starting to improve and we feel like our form has improved over the practice match games.

The ability to defend the 2011 premiership will be based on winning enough games to make the finals then to play off in the Grand Final. You need luck and a very good run with injury and things coming together at the appropriate time