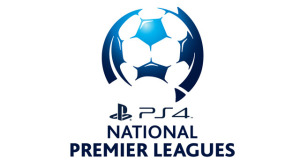 The four clubs will compete in the PS4 NPL 1 (second division) in 2015, and will be joined by fellow newcomers Murray United and Nunawading City.

As State League 1 North-West and South-East champions respectively, Moreland City and Eastern Lions took the opportunity to apply for entry into the NPL 1.

FFV will announce the league structure for the NPL 1 2015 by Friday November 14, with draft fixtures for both the NPL and NPL 1 2015 competitions to be supplied to clubs by the end of November.