Malvern Lightning is an team of under 11 players who played the season in an under 13 competition.This was the team's first opportunity to participate in a finals series. Lightning won the Second Semi Final and lead all day in the Grand Final, restricting Hartwell Flamingoes to only one goal in the second half.

Malvern Blaze finished second on the ladder, lost the Second Semi Final to Ashburton Thunder, but were able to turn the tables on Grand Final Day in fine style. 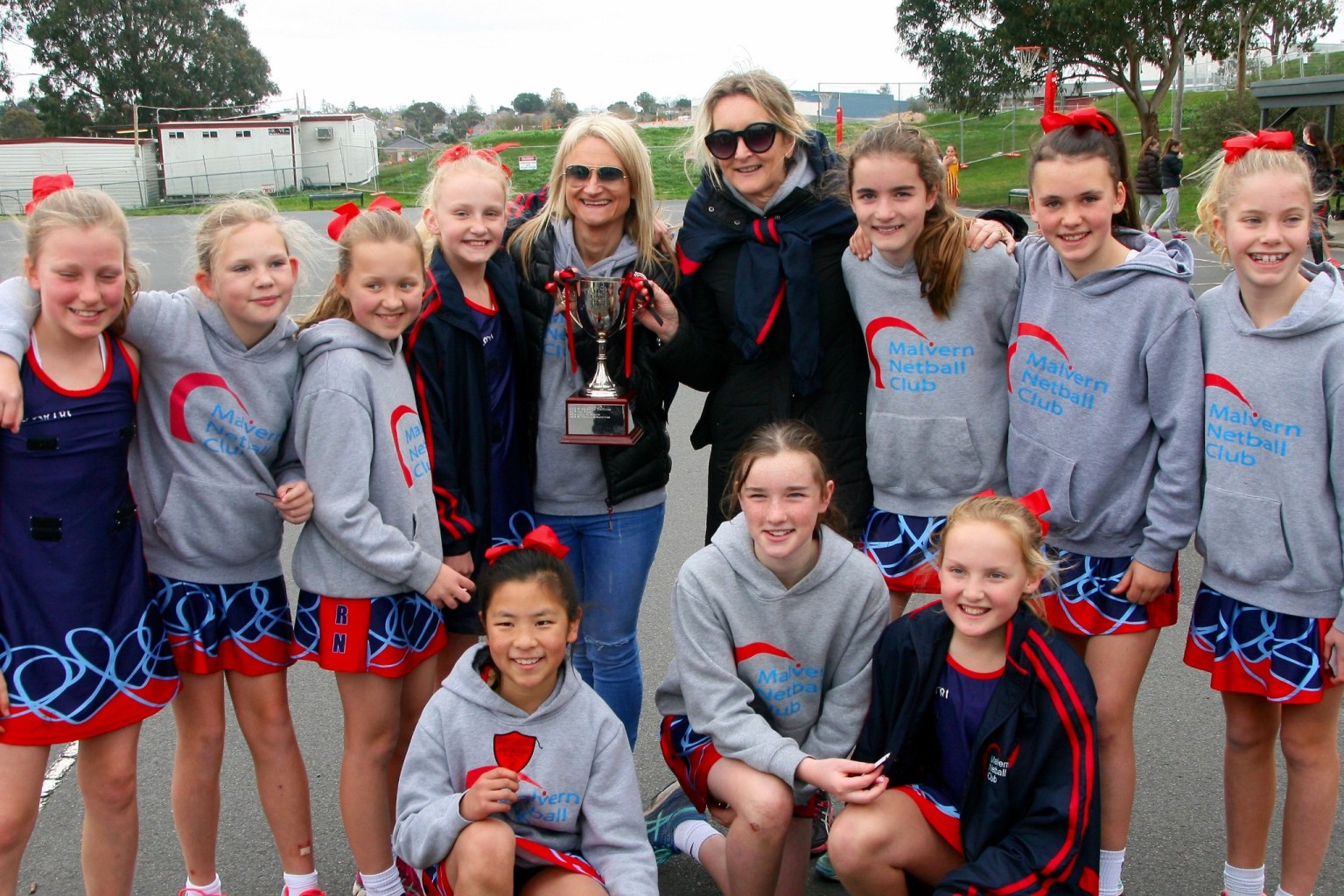 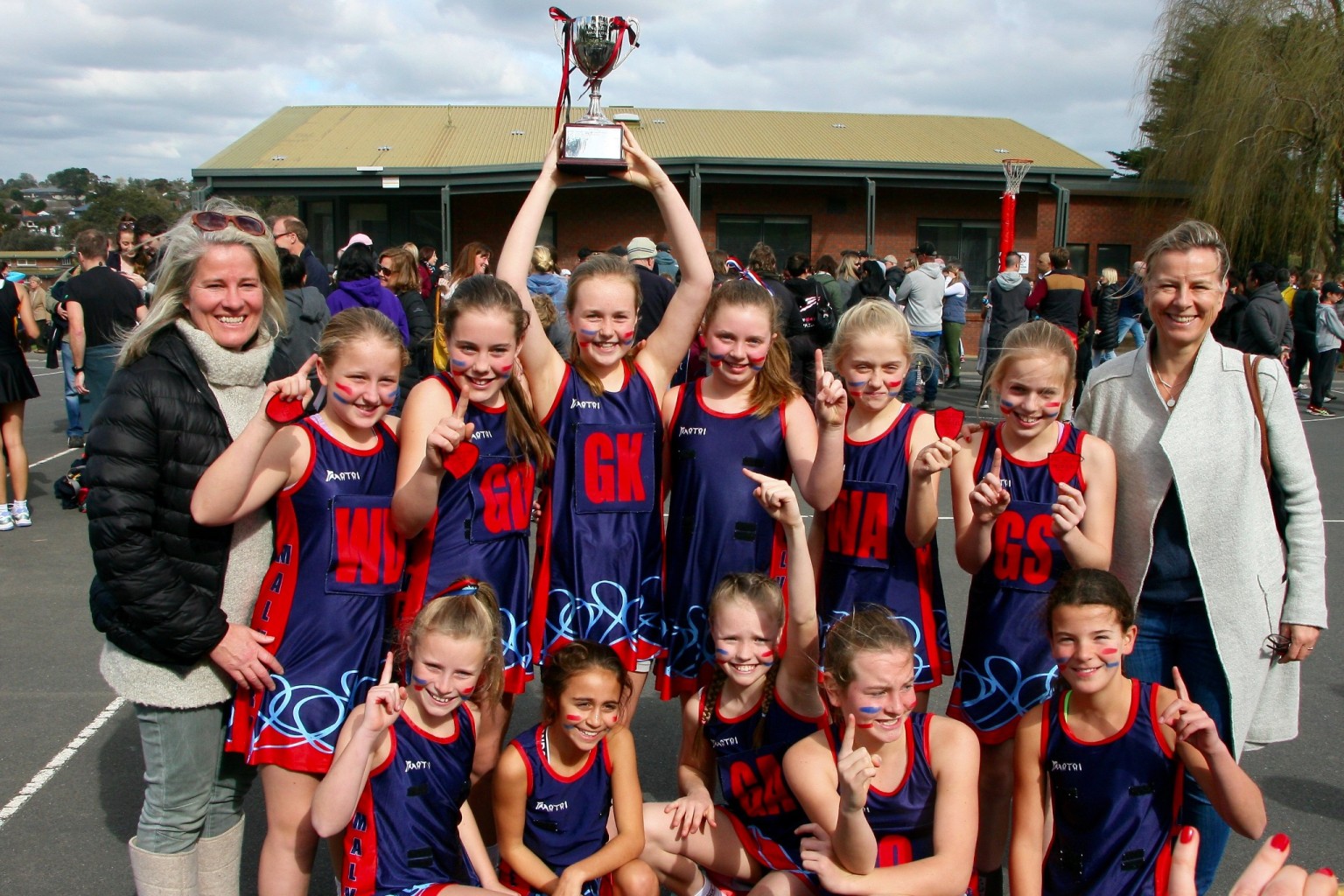 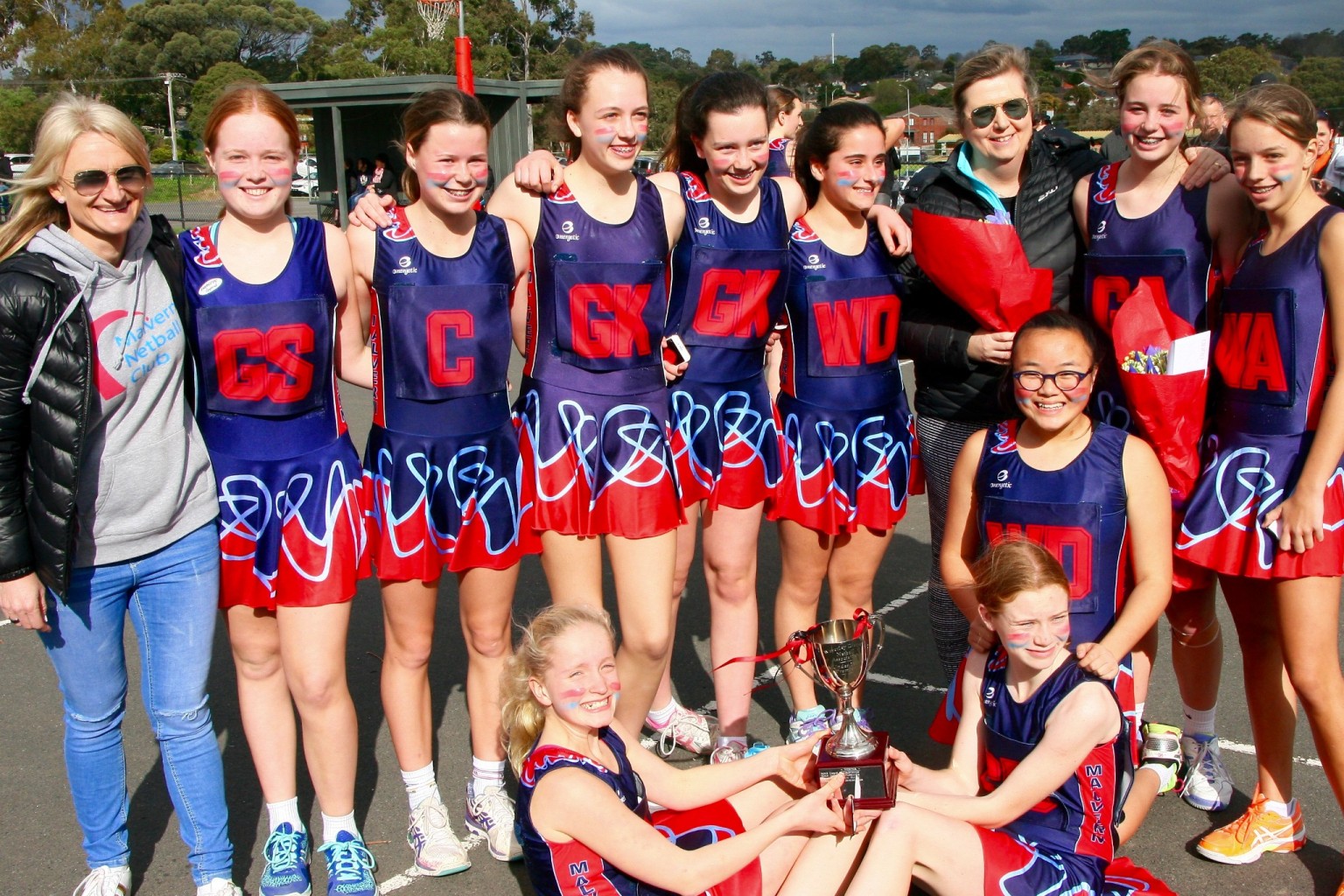 Waves finished the season second on the ladder, won the second semi and played a tall Surrey Park team on Grand Final day. Waves were in front 15 to 9 at half time, but Surrey lifted in the second half and the scores at full time were 26-26. Extra time was called for. The scores were locked at 29-29 at half time in extra time, but with a goal scored with 15 seconds to go, Waves ran out winners 31 to 30 in a most exciting encounter. 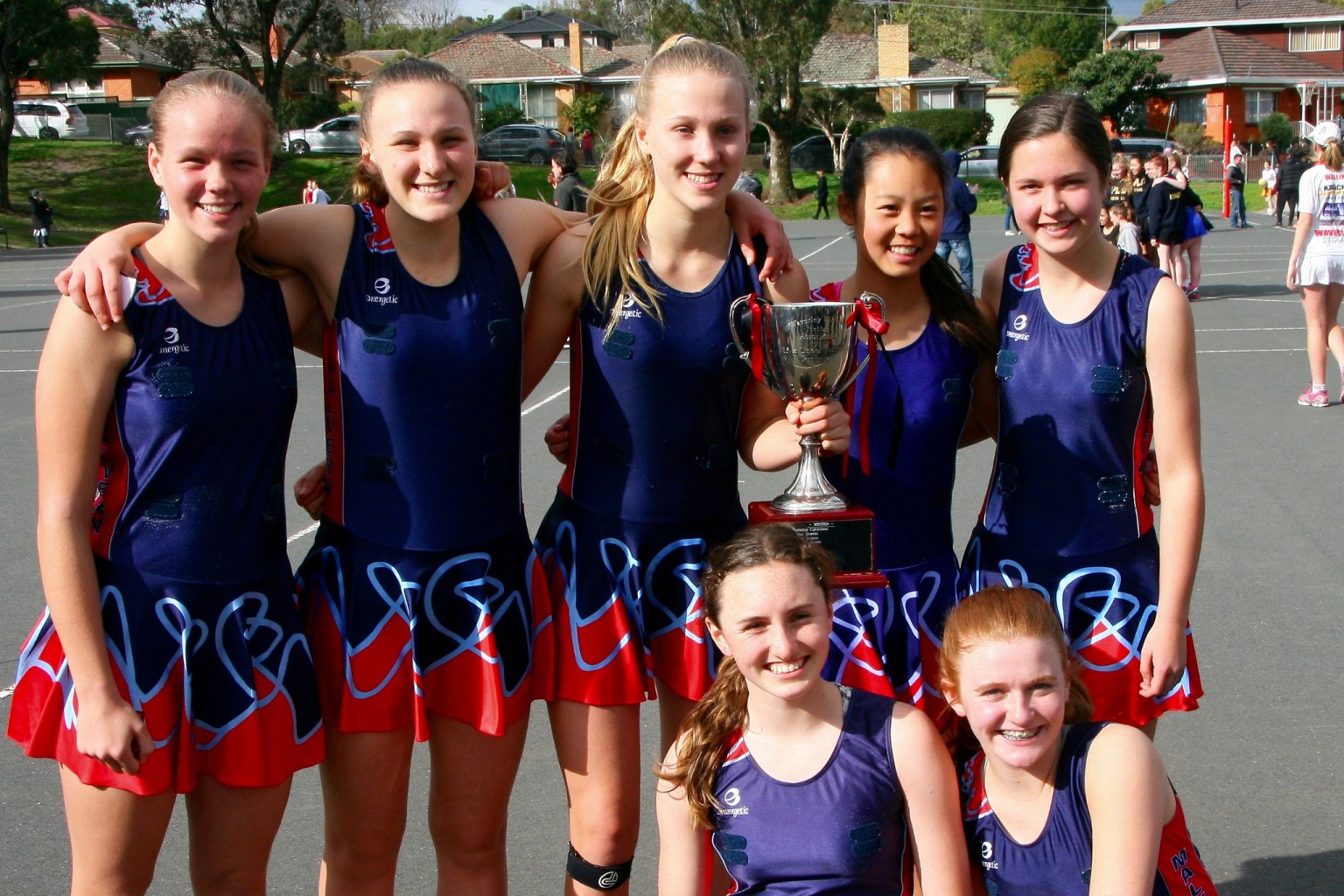 Tremors had a great season, finishing second. They lost the Second Semi Final to South East, but won the preliminary final to set up a rematch. Tremors led a very strong SE side 10 to 5 at half time and ran out winners 16 to 13. Malvern were premiers in both of the two top sections of under 15. 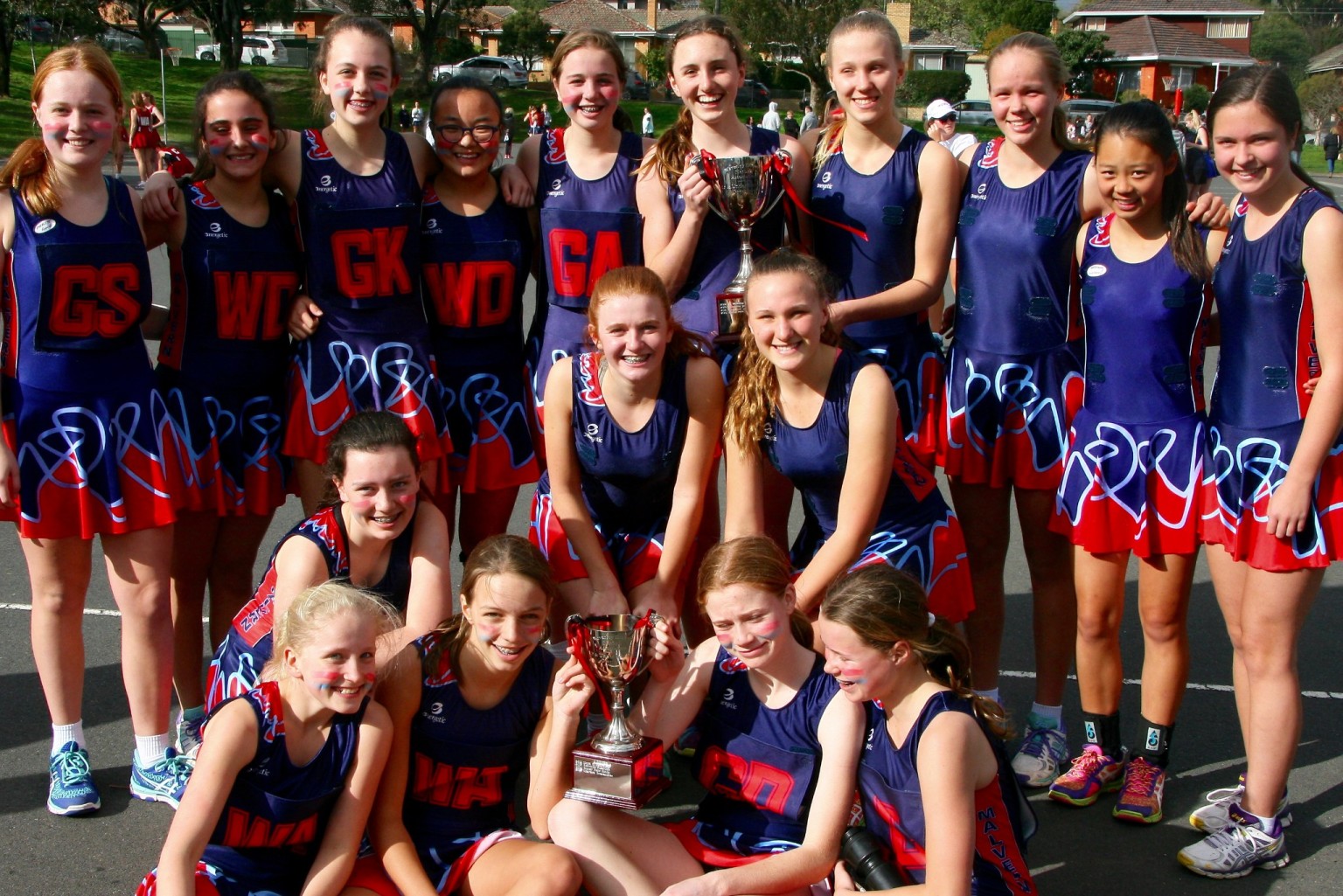 Malvern Tremors and Malvern Waves with their Premiership Cups

Flames finished second on the ladder and came up against an undefeated St Michael's Strikers in the Grand Final. Flames lead for a good portion of the match but the strength of the St Michael's team came to the fore in the last quarter. This was another high standard, exciting game of netball.

Malvern Avalanches u17/3 went down by 8 goals

Congratulations to all Premiership Players, and well done to all Malvern Players who represented the club during Winter 2016!