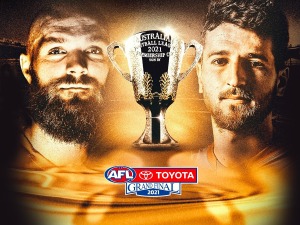 For the second year running, we've got a 'historic first' for the AFL Grand Final with the biggest game of the year being played away from the MCG - this year at Optus Stadium in Perth, Western Australia.

The Melbourne Demons and the Western Bulldogs will battle it out this Saturday!!

Canadian Footy Fans will once again be boiling the coffee pot and setting their alarms to catch the Grand Final live - check out your area's starting time below:

The game will be shown LIVE in Canada on TSN 2 and you can relive all the action with a replay (also on TSN 2) at 2pm EST on Monday 27th.

Whether you’re a diehard fan of one of the teams playing or you’re new to the game, but keen to learn - you can find the ultimate guide to the 2021 AFL Grand Final at the link below: