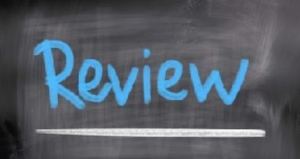 The GOTAFE Goulburn Valley League (GVL) will recognise Echuca, Shepparton and Shepparton United as minor Premiers in both football and netball for season 2021.

League Chairman David Roff said "Following the decision to terminate the season, the Board felt the need to recognise Clubs who had finished on top of the ladder being either Echuca, Shepparton or Shepparton United, as Premiers. However subsequent discussions with Clubs affected, and other clubs, as well as feedback from interested supporters indicated a level of concern with the decision. In particular, the 3 clubs affected indicated they would prefer recognition as minor premiers.”

“In some cases, concerns were strongly expressed to members of the Clubs concerned, when they had not been a party to the decision, which was neither fair nor appropriate.”

Roff also said "This season and 2020 has required the League and clubs to respond to situations not previously encountered. The off season will give the League and Clubs an opportunity to review competition Bylaws to make clear what should happen should a similar situation occur again.

The League would like to thank Echuca, Shepparton and Shepparton United for their approach to the issue and congratulate all clubs for the way they have dealt with the challenges in 2021.

We look forward to 2022 in the hope that we can bring a full season to our many followers.