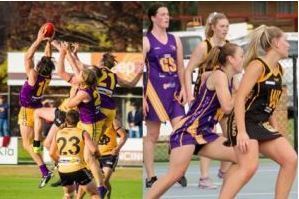 The GOTAFE Goulburn Valley League (GVL) and the SS&A Ovens and Murray Football and Netball League (O&M) were scheduled to play an Interleague clash in 2020 but the matches were called off due to the COVID-19 pandemic and season cancellations that followed.

Both leagues were working towards a new date for 2021 but given the ever-evolving threat of the pandemic, both leagues have agreed to postpone these matches to 2022.

Due to be hosted by the GOTAFE GVL, matches would have included Senior and Under 18 football along with Open and 17 & Under netball. The Senior football teams would have once again played for the coveted Ash-Wilson Trophy, currently held by the O&M.

The leagues have competed against each other since 2001 with the trophy being named after former Shepparton and Albury legend Stephen Ash and Wangaratta Rovers champion Mick Wilson.

GOTAFE GVL Chairman David Roff was excited about the planned Interleague clashes. “We were all looking forward to the opportunity to renew the rivalry between our two great leagues, both in netball and football. Our leagues have played each other eighteen times since Country Championship Football began in 1978 with the leagues split at nine wins each.”

Roff continued by saying, “The snap lockdown last week reminded us of the continued threat of the pandemic and how quickly things can change. We agree with the O&M that the Interleague round will now be scheduled as a general bye and will provide us with the flexibility to move any games that may need to be rescheduled to that weekend.”

SS&A O&M Chairman David Sinclair said, “The O&M were eagerly anticipating playing for the Ash-Wilson Trophy and testing ourselves against the best from the GVL. It’s disappointing to lose that opportunity in 2021 however the primary focus of the Board is to deliver a season for our clubs and players.

Sinclair continued by saying, “The ability to be flexible in the current environment will be paramount to achieving this. We’ll continue to collaborate with the GVL throughout the year and look forward to reigniting the rivalry in 2022.”

The rivalry is alive and well with Roff saying, “We will commence planning for an Interleague clash in 2022 with the ultimate aim being the return of the Ash Wilson Trophy to the GVL.”

Planning is well under way for Season 2021 with Round 1 of the GOTAFE GVL’s season due to kick off on Good Friday with Shepparton Bears taking on archrivals and neighbours Shepparton United at Deakin Reserve. The O&M season opens with a twilight game on 27 March with the Albury Tigers taking on Yarrawonga Pigeons at Albury.