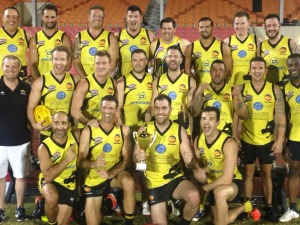 With approximate figures of 15,000 Australians living in Abu Dhabi and Dubai alone, it is no surprise that the growth of one of Australia’s most popular sports has manifested itself right here in the UAE.

Australian Rules Football, better known as Aussie Rules, has been played in the UAE since 2006 and the Dubai Dingoes, created that year, are the region’s oldest team. The Dingoes were joined by the Dubai Heat, in 2007.

The local Aussie Rules scene got a big lift when Australia’s premier league, the AFL, staged an exhibition match in Dubai the following year as part of a continuing attempt to grow the game internationally.

The opening game of the pre-season NAB Cup was played between Collingwood and 2017 Grand Finalists’ Adelaide at Ghantoot Racing and Polo Club in February 2008.

The curtain raiser for the AFL match was played between the Dingoes and Heat and the match assisted in the emergence of the inaugural AFL Middle East (AFLME).

Joining the Heat and the Dingoes in the local league that first 2007/08 season were the Abu Dhabi Falcons and Doha Kangaroos with the Dubai Dragons entering the competition in 2008.

The most recent side to join is the Multiplex Bulls in 2014.

Matt Burn, the AFLME General Manager is excited about the upcoming season which runs over ten rounds and kicks off Thursday night at 20:30 with a clash between the Bulls and Dingoes at Dubai Sports City. 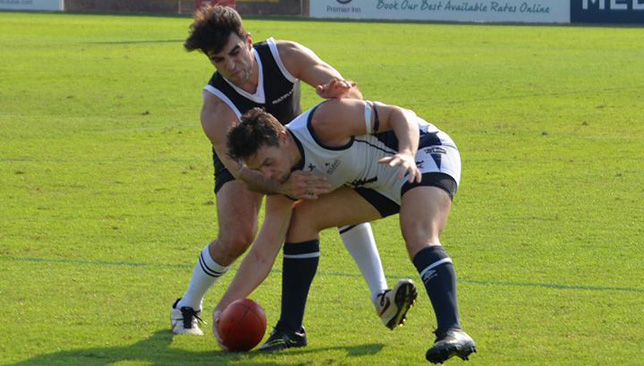 “The interest for AFL Middle East grows every year and this year is no different” said Burn.

“The feedback from all clubs is that the offseason recruitment has been the strongest for quite some time which is great.

“We are looking forward to a very competitive season with the extra addition of more games.”

In previous seasons there was just one round of matches but for the first time there will be a double round robin in 2017/18 with all teams meeting twice, home and away, with matches taking place at Dubai Sports City, Zayed Sports City in Abu Dhabi and The Sevens.

“AFL is not just for Australians, all clubs welcome all nationalities and skill level” added Burn.

“Dubai Auskick also runs every Saturday at Dubai Sports City from 08:30-10:00. The program makes learning to play AFL fun, safe and easy for boys and girls ages 4-15 years old. Through weekly coaching sessions they will learn the skills of the game in an exciting, social and safe environment.

“And a big thanks to our major sponsor CBD Consultancy for their great support.”

You can find all clubs on social media and if you need more information contact the league at aflmideast@gmail.com.