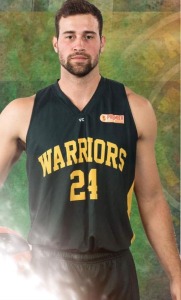 We hope you have all had a great and safe Christmas Day so far! A late Christmas gift to go with yesterday’s early one.

Woodville are excited to announce the return of American Import Jon Perry for the 2019 Premier League season. Jon opened and closed the 2018 season with 30 point games. An ankle injury plagued Jon’s season and he only managed 13 games ( 17ppg, 6 rpg). Head coach Scott Whitmore is expecting an even greater return from Jon in 2019.

“We are all looking forward to a full season from Jon , it will be great to move him back to his natural potion after signing a few big players in the off season”