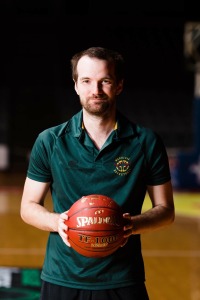 The WDBC Basketball Club would like to congratulate Scott Herriman on his new appointment as a Coaching Director Officer (CDO) at the Warriors!
Scott is currently our Premier League Women's Coach and comes with a lot of playing and coaching experience in district and state basketball, and so we welcome him to the Junior program as well.
A lot of his time will be spent at trainings ensuring the Warrior Basketball Curriculum is rolled out as planned, and provide opportunities for coaching development and growth particularly with our less experienced coaches, which we know will have an immediate impact on the juniors and the program.
Given we as a club are determined to help get our girls program and numbers up and firing, Scottie's appointment and affiliation with the Senior Women's program has him very well placed to promote girls involvement with basketball at the Warriors, and he will be getting into schools programs asap, running some more school holiday clinics, and free clinics to aid with our recruitment drive to support our girls program!
Position Overview CDO:
The CDO will play a vital role in the continued growth of the WDBC basketball club, in the District and Domestic Competitions as well as Aussie Hoops Programs. This is the key to the strength and sustainability of the Junior Program. The role will cover all aspects of Junior Coaching Development predominantly through:
1.      The support, development, recruitment and retention of junior coaches
2.      Assisting Junior Coaches with the rollout, implementation, evaluation, and adaptation of the current Junior curriculum
3.      Overseeing some aspects of Aussie Hoops, Domestic competition, and Junior program administration
The Warriors welcome Scottie to the role and look forward to seeing his hard work and efforts paying off for the Warriors!! Thank you, on behalf of the WDBC board and President.

(Including Caretaker Head Coach duties in 2015)