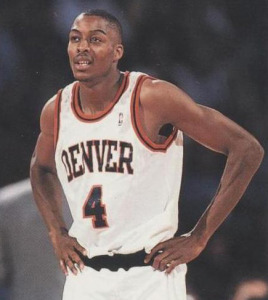 Darnell’s identity in basketball is well known around the world, having played his college years at Western Kentucky University and then being drafted to the Denver Nuggets in 1993 before coming out to Australia in 1995, playing for Canberra, Adelaide, Wollongong and Cairns until 2009 whilst amongst all that having short stints in France, Italy and Germany.

Not only is Darnell a 2 time NBL champion with the Adelaide 36ers and a 2 time All-NBL first team player, but Darnell brings an extraordinary defensive understanding that we believe will contribute to future success in the Warrior’s Basketball program having been 5 time best defensive player in the NBL.

Darnell will not only be coaching in the Premier League for the Woodville Warriors, but he will also be getting out to schools around metropolitan Adelaide and in particular in the Western suburbs, promoting healthy and active lifestyle in school aged children whilst delivering Basketball clinics for children to learn and develop their skills.

We are truly blessed to have someone who is so well known amongst Adelaide Basketball fans and of such high calibre in the sport back in Adelaide.