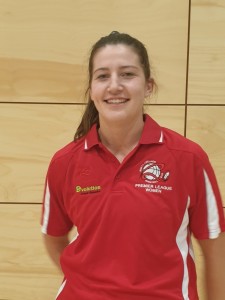 The Women’s Premier League team would like to announce the signing of Jess Good for the 2020 season.

Jess started her basketball career at Norwood in U10’s eventually playing Premier League there and being part of the championship teams in 2012; 2013; 2015 and 2016.

As a junior Jess represented South Australia from 2011 to 2013 where she was captain of the U18’s in 2011 and the U20’s in 2013 winning silver at each nationals. Jess represented Australia as part of the U19 Gems team touring China in 2013 at a four nations world qualifier tournament.

In 2014 Jess won the Merv Harris medal as the best and fairest U21 player in the Premier League and was named in the all-star 5 (shooting guard) in 2016.

She comes to us most recently from the Sevenoaks Suns in Kent, England who took out the championship in the Women’s British Basketball League (WBBL) this year.

The players and coaching staff welcome Jess to the Rockets as we all look forward to an exciting 2020.