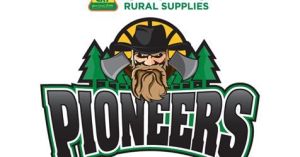 In a very exciting announcement for local players, the very successful Mt Gambier Pioneers have had their application to join the Premier League for 2019 approved by the 10 District Clubs. The move will obviously see some changes to the PL program with each Club having a “road trip” to the Mount once during the season as well as the inclusion of several “double header” weekends.

There are a number of changes the Pioneers will need to address to make this a success including the inclusion of a Women’s team in their program and we wish them well in their preparations and look forward to the contest.

We would like to thank the many people who have worked behind the scenes to make this happen, in particular our own President Wayne Schild and the two Premier League Coaches Jason Joynes & Nathan Hawkes as they have considered several proposals over the last few (what are very busy) weeks.

Here is the official announcement from Basketball SA -

After lengthy discussions and with the final appeal by Mt Gambier Pioneers being rejected by Basketball Victoria, the Mt Gambier Pioneers decided to for the first time in their history, to explore the option of joining the South Australian Premier League – Basketball SA competition in an effort to ensure the club was able to continue to play competitive basketball.

This required concessions by all parties, and recognition that given the short lead in time, that Mt Gambier may not fulfil some of BSAs Premier League by-law requirements and would require the participating Premier League Clubs to support amendments to the current BSA by-laws, with a number of further considerations that will need to be agreed to.

Basketball SA Chairman, Mark Lampshire said “Congratulations to the Basketball SA CEO, the Basketball Adelaide Executive, Mt Gambier Pioneers Board and the Presidents from the 10 Premier League Clubs for their collaborative bi partisan approach in this matter”.

“The majority approval from the Premier League Clubs to embrace Mt Gambier Pioneers application to join the Premier League in 2019 has the full support of the Basketball SA Commission. This is a terrific demonstration of all stakeholders within South Australian basketball making decisions that have the best interest of basketball at heart.

Basketball SA, in collaboration with Basketball Adelaide on behalf of the 10 Premier League Clubs thank everyone involved in the complex negotiations that have taken place over the past week. We welcome both Men and Women’s teams representing Mt Gambier Pioneers into the 2019 Premier League Competition”. "