UNDER 16 BOYS OFF TO ITALY 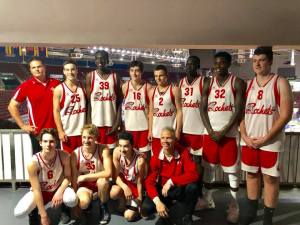 The Stellazzurra Basketball Academy is a full-time academy dedicated to developing the most talented junior basketballers in the world. Their staff and coaches have tremendous professional experience. Players from Guinea, Brazil, Bolivia, Senegal, Kazakhstan, Argentina, England, Chile, Latvia, Sweden, Serbia, Morocco and Egypt have attended the academy. There are over 50 professional players that have been developed at the academy.

North Adelaide Basketball Club is very excited about the prospect of their U16 players attending this elite academy.
During the ten days that the players, coaches and delegates from the North Adelaide Basketball Club are at the Academy, they will integrate completely into the Stellazzurra’s daily regime. Day to day activities will include trainings and physical testing, exposing the boys to the most modern coaching techniques from Europe. Advanced physical training and nutrition techniques will also be encompassed, and the boys will get the opportunity to play several exhibition games against some of Europe’s top NBA prospects.

The North Adelaide Basketball Club is very excited about the opportunity that this invite presents and is looking forward to forging a lasting international relationship with Stellazzurra Basketball Academy, particularly given the Club’s impending new Stadium, the Lights, at Lightsview. For further information, or sponsorship opportunities, please contact David Durant, Vice President, on 0418 825 207