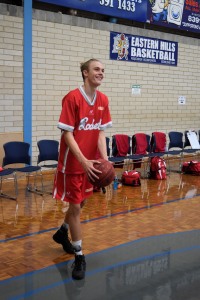 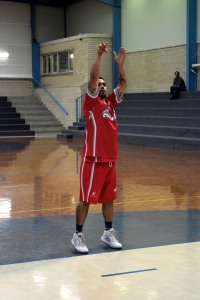 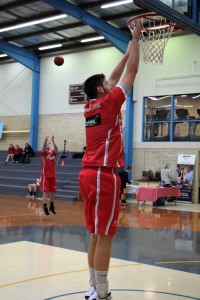 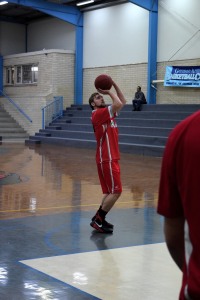 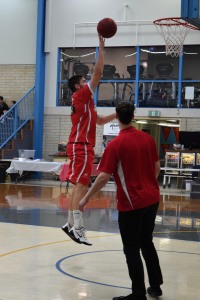 Despite a spirited last quarter comeback, and several opportunities to steal the game, the Rockets Men’s Premier League team had a disappointing loss to bottom team Eastern on Sunday in Mt Barker. For the majority of the game, the boys just never got going offensively and were unable to put any scoreboard pressure on their previously winless opponents, who showed spirit and resolve well above what their ladder position suggested. The final score was 66-69, leaving the season’s record at a precarious 4 wins and 4 losses.

We are not sure if it was due to this being a Sunday game, a particularly early start time, extended pre game shooting, overconfidence from last week’s comfortable win or just plain complacency, but there was definitely a lack of intensity evident right from the start.  Eastern’s small starting line-up created some chances for them which at times we were just unable to cope with. In fact Eastern had a young kid (Lovell) come off the bench who hit two 3 pointers in two trips down the floor, which took the wind out of our sails and saw us go into our shells offensively. By the end of the quarter, despite having 7 more shots than Eastern, we trailed by 2 points! Cody had gotten off to a reasonable start with 5 points and 2 rebounds, and Adam was his usual self on the boards with 3, but it was hard work. Quarter time scores were 16-18.

In the second quarter, Coach Hawkes did what he could to get the boys going by calling time outs, making subs and changing offensive and defensive strategy but nothing really went smoothly. Offense continued to splutter with just 14 points scored for the quarter (on 5 of 15 shooting), with little or no rhythm evident. Brad Jonnek started to get himself going to a degree, with 9 points for the quarter, and Cody was up to 8, but there was little evidence of any major change in intensity. Suddenly umpiring calls seemed to go against us, turnovers mounted, and concentration waned as the boys fought to keep  themselves involved. Half time scores were 30-34.

Just when we thought it could not get any worse, the 3rd quarter was very disappointing offensively. We managed just 8 points for the quarter (Eastern scored 15), for a three quarter time score of 38-49 and the game was sliding from our grasp. Leading scorers were Brad with 11 and Cody with 10. Adam was up to 10 rebounds, 3 assists, a steal and 4 points. There was still time, but could we adapt ?

Coach Hawkes pleaded with the boys for one last effort, again making some strategic changes, and we were hoping for a response. The lead built to 15 quickly however, before the boys finally found some momentum. Ray Harding was substituted in and he set the tone for pressuring the Eastern players to the point where they had some turnovers and we managed to score more freely, whittling the difference to just 3 with twenty six seconds left. Suddenly there was a sniff of victory, but with the clock ticking away, the boys had to look to deny every pass and foul in need, and hope for an Eastern error. Believe it or not, it happened. A turnover to Eastern and the difference was 1 with 22 seconds still on the clock. Every effort was made to steal the ball on the inbounds pass, then the boys fouled to get the ball back. Eastern hit both free throws, making the difference 3 again, before Pikey (after being fouled) stepped to the free throw line, and again reduced the margin to just 1 with just 6 seconds remaining. A quick foul on the inbound, saw Eastern hit both free throws, and the difference was 3 again with a fraction less than 6 seconds left on the clock and our ball.  Despite Luke Pike (who had 18 points for the quarter) getting a shot up, it missed and the final margin was 3 points (66-69).

Statistical leaders were Pikey who had another good game with 25 points and 5 rebounds; Brad Jonnek finished with 12 points, 3 rebounds, 1 assist and 1 steal; Cody had 10 points, 4 rebounds, and 1 assist; Adam had 7 points, 19 rebounds, 3 assists, a steal and 4 blocks. A special mention to Ray Harding for his last quarter effort and to Josh Graetz who had a solid 8 minutes with 3 rebounds, 2 points and played some decent defence.

A very disappointing loss, to a team we felt we had the measure of. Difficult to put a finger on why there was a seemingly lower level of intensity than normal, but there is no time to get down about it beyond the normal analysis. We have a big game against Sturt, this week, who sit on the same win-loss ratio. Another chance to get ourselves back on track.