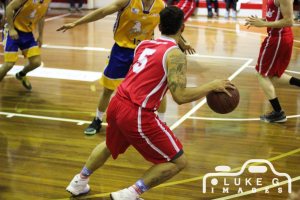 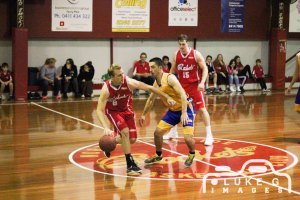 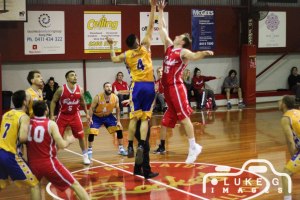 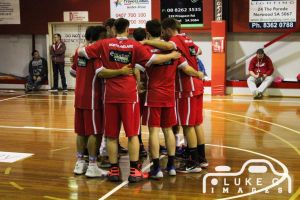 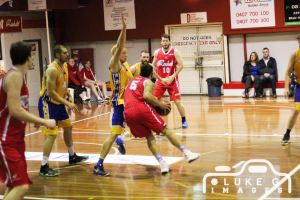 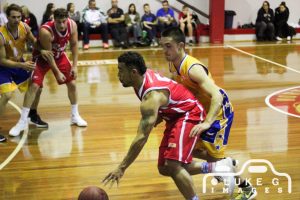 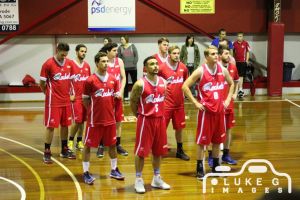 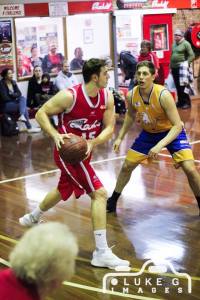 A severely undermanned North Adelaide Men’s Premier League team, missing five first choice players and with Tom Rowe under duress due to illness,  managed to stay in touch with Forestville until three quarter time on Friday night, before fatigue finally took over. With Luke Mapunda, Brett Collins, Stephen Branson, John Wernham and Ray Harding all unavailable, it was going to be a massive ask to overcome Forestville’s renowned scoring ability, but to their credit, every single player who hit the court had a go. Despite having been some 24 points down with 9 minutes to go in the 3rd, the boys fought their way back to just an 8 point deficit with a quarter to go, but it was not to be. With the first five playing major minutes, Forestvillle’s two main scorers (Doyle and Rios), “got off the leash” in the last and ran over the top of the boys to enjoy a comfortable win 62-94.

With major adjustments having to be made due to the unavailability of players Coach Hawkes went with Adam, Tom, Brad, Pikey and Cody as the starting five. The boys struggled to get a score on the board and with 5 minutes gone trailed 2-8.  Forestville’s two renowned scorers had a mixed start with Rios on the board early with 7 points in the first quarter, but Doyle having been put under pressure was 0 of 5 attempts and struggling. Adam Schild was off to a big start for the Rockets, with 5 rebounds, 2 points, and a blocked shot for the quarter, whilst Cody was the top scorer to this point with 4. Turnovers were an issue however with 5, and to be honest none of them were the result of excessive pressure, just lapses in concentration. Some good news was that North was leading the rebounding (13-12) despite trailing on the scoreboard 10-16.

The 2nd was a struggle. The boys had problems putting the ball in the basket and continued to turn the ball over (10 turnovers to the half), again, not always because of Forestville’s pressure. There were no easy avenues to the basket for us, but we definitely looked better when we transitioned quickly out of defence and got ourselves in the opposition’s keyway. The lead built to 20 by the time the quarter ended and despite several changes in defence,  it was proving difficult to slow Forestville’s scoring to any degree. Conversely we continued to struggle at our offensive end, with just 14 points for the period, and a shooting percentage of just 31% at the half.  Rebounding was a highlight for us, leading the category 23-22, but most other statistics favoured the opposition. Adam continued his strong effort with 8 rebounds, 5 points, 2 blocks and an assist; Cody had 6 points, 2 rebounds and an assist, and Josh Graetz had a well-deserved return with 6 points and a rebound in 6 minutes of court time.

The 3rd was our best by far, outscoring the opposition 27-16, on the back of some inspirational play by Pikey and Brad Jonnek in particular. The boys stole the momentum and started running, with scoring suddenly proving to be easier than it had been so far. Everyone got involved, stepped up on defence and attacked the hoop on offence as confidence returned. The deficit dropped quickly and clearly the boys realised they were in with a chance if they could maintain the pressure. By the end of the 3rd, the deficit was 8 (51-59), and Pikey led the way with 13 (11 for the 3rd), 5 rebounds and a steal; Cody had 12, 4 rebounds and an assist; Brad had 10 (8 in the 3rd), 9 rebounds and 3 assists; and Adam had 7 points, 12 rebounds, 2 assists and 2 blocks. So it was set for a big last quarter, but there were signs that several of the boys were showing signs of fatigue.

In an effort to win the game, we went back to our starting 5, for the last, asking for everything they had to try to give us a chance, but it was not to be.  Forestville, through Doyle in particular quickly built the lead to 15 and it became obvious that it was not going to be a fairy tale ending. With Monday’s very important game (against Centrals) in mind and the need to give starters some much needed rest, Coach Hawkes took the opportunity to give the bench some valuable court time, with Kane, Josh, Cam, Jake and Jono playing the last 5 minutes. Forestville chose to leave Rios in, and he quickly proved what a great shooter he is racking up several 3 pointers, building their lead to the final margin. To their credit all the North boys fought it out, each contributing in the overall effort. Final statistics showed we won the rebound count relatively easy at 44-38. Pikey finished with 14 points, 5 rebounds, and a steal; Cody had 14, 5 rebounds, 1 assist; Brad had 12 points, 10 rebounds and 3 assists and Adam continued his herculean effort on the boards, finishing with 12, 9 points, 2 assists and 2 blocks. Tom Rowe should also be commended on his effort, given he had been sick for a couple of days, he managed to play 24 valuable minutes, with 4 rebounds, 4 assists, 1 steal and 3 points. Congratulations also to Jono, Kane, Josh, Jake and Cam for their efforts. Turnovers did prove a major issue in the end with us racking up 24 for the game and Forestville making us pay on many occasions.

A very tough night, but there is light at the end of the tunnel with Leroy, Brett and Ray due back soon. A “must win” game looming against Centrals at Hillcrest on Monday in the big Anzac day clash. Game time is 3:00pm, be there and help get the boys over the line to maintain their positive win-loss record.