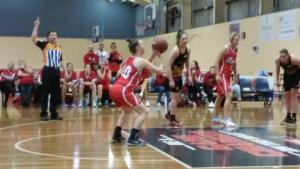 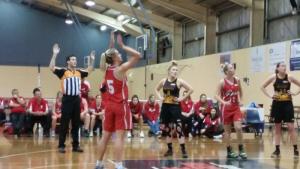 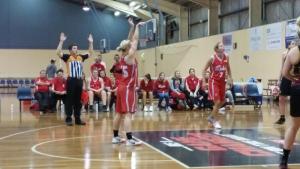 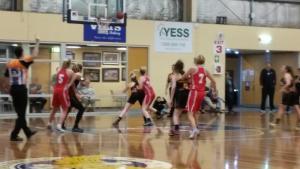 As the long awaited Blockbuster match was here, it was exciting to walk into Wayville and see a match underway. The Rockets were ready to take on the challenge of the Southern Tigers and it was good to have Jo Hill back.

The starting 5 were: Opal Mader; Jo Hill; Shannon McKay; Kirsty Williams and Lauren Badenoch. Jo opened our scoring with her second foul shot and continued to play hard and have a positive impact all game. The Tigers were leading at the beginning but a nice 3 from Lauren, evened the score. Shannon Tarran was subbed in and immediately made an impact. Solid team work was displayed and the quarter time score was Rockets 24 to Tigers 17.

The scoring continued to be quite even and Jo provided several assists. Opal was on fire and moved quickly and with determination to score. At half time the score was 42 to 35 Rockets way. Leading scorers were Opal 11 points and Shannon McKay 10 points with Jo and Opal both leading the rebounding with 7, Leading scores for Southern was Mollie with 14 points at the half.

The third quarter was exciting and made the crowd glad they had stayed up late for the game; the ball was fiercely contested and the scoring was high from both teams, with Rockets scoring a couple of exciting threes. At three quarter time the score was 68 to 54.

Sarah Elsworthy made a strong impact in the third quarter and Opal continued to score well. Again efficient teamwork from all seven who played was evident and Jo continued to go after every ball and scoring opportunities getting all supporters excited. Despite a nice 3 from Sarah to push the lead to 16 and then a sneaky steal, Southern hadn’t given up and the final score was Rockets 87 to Tigers 73.

Opal had one of her best games ever scoring 28 points and 10 rebounds, Shannon McKay 19 points, Jo and Sarah both having 14 points.

See you all next week, again at the later time of 8.15pm, versus Norwood Flames at Hillcrest.