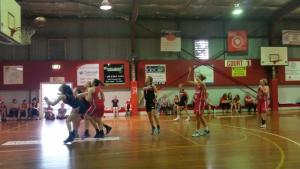 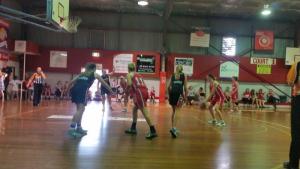 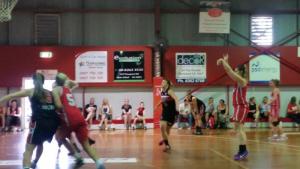 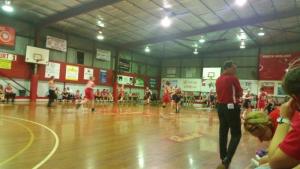 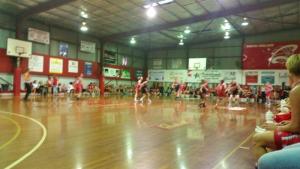 At the end of a very hot and humid week, the Women’s Premier League season began with a tough game between North and West on Friday night. Hillcrest Basketball Stadium had a renovation of the bar, which looked fantastic, so this got the home crowd in a good mood, despite the heat.

Despite missing the dancing and cheering from the Rockette’s, who I have been assured will return shortly, the game went on, with fierce defence from both teams. North’s pressure was immense however, limiting West’s field shooting percentage to only 22% at half time. Opal Mader contributed a fabulous 3 pointer and at half time the score was 42 to 22, North’s way.

All 12 Rocket’s players hit the court before half time and all played a role for the team. At three quarter time the score was 59 to 34.

As players tired, West seemed to find a bit of spark and played well in the last quarter. The final score was 75 to 57; a great way for the North Adelaide Rockets Women’s Premier League team to open the season. Top scorers were: Shannon McKay 18 pts and Kirsty Williams 17 pts for North and Sky Langenbrinck 16 pts for West.

Thank you as always to all the volunteers and staff who make home games run so well. We are delighted also to have so many new and loyal sponsors again this season and thank them very much.

St Clair, as we take on the Woodville Warriors.