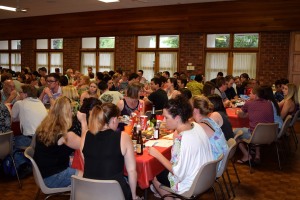 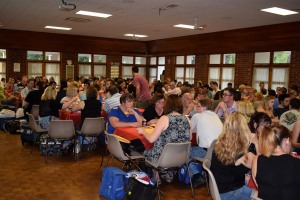 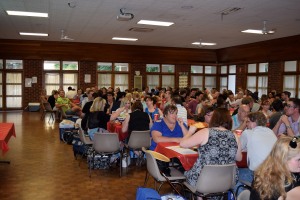 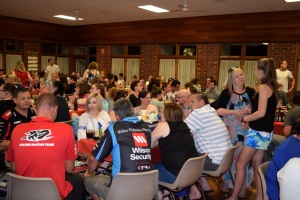 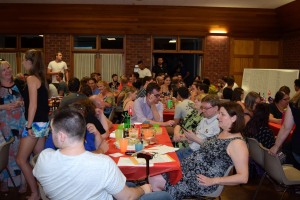 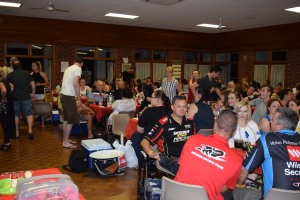 On Saturday the 5th of March, a quiz night was held at St Ignatius School Norwood, to benefit the budgets of the Men’s and Women’s Premier League Teams for 2016. It was very well attended with more than 200 anxious individuals, making up some 22 teams, looking to prove who was the brightest of them all!!!!!  Most tables had a player designated as Captain, who, using their best basketball anecdotes, rallied their troops to produce the effort required.

Questions covered a diverse set of topics including “How Well do You Know Adelaide?, Harry Potter, Music, The Olympics, The Movies” and of course the obligatory “Basketball” Round. In what turned out to be a very close battle (the final margin was just 2 points), Tom Rowe’s ensemble of “brains”, (aptly named “Tom Will Win”), were the victors and were rewarded with several baskets of goodies for their efforts.

The night was thoroughly enjoyed by all, with many suggesting it should become a more regular event.

A big thank you to David Durant for running the evening with his normal aplomb, Barb Rowe for organising the event, Phil Girvin for sourcing many of the prizes and vouchers, Maria Schild for the Muffins, Kirsty Williams, Shannon McKay, John Wernham, Goggins Family, Nathan Hawkes, everyone who helped set up and tidy up, and of course all the businesses who donated vouchers, prizes and giveaways.

Some of the donors (who we should support) were –

Dillons Books on The Parade

Everyone Massage and Therapies