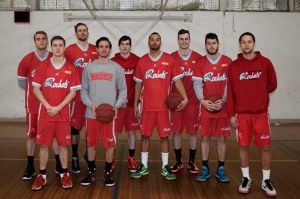 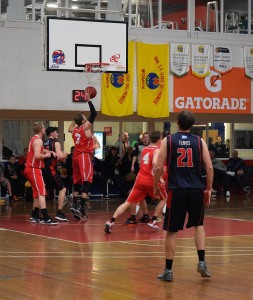 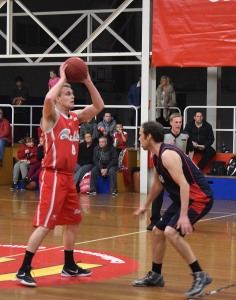 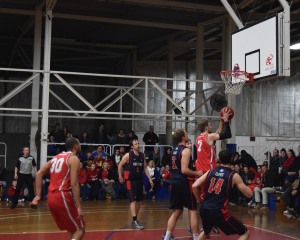 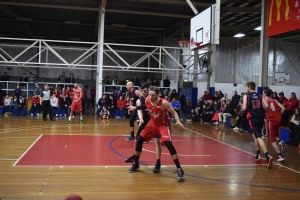 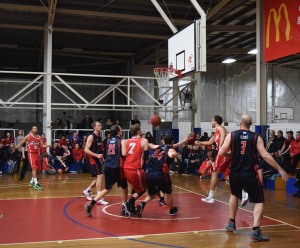 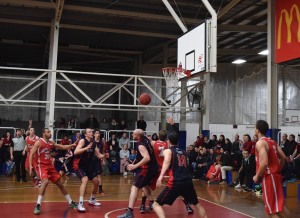 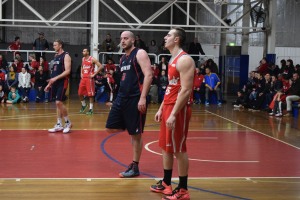 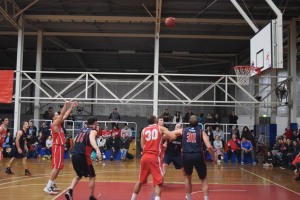 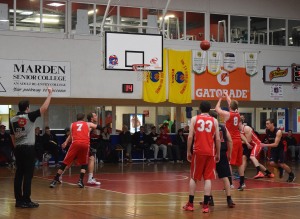 The North Adelaide Men’s Premier League team, having won a couple of very important games recently, to consolidate their spot in the finals, had a disappointing loss to Norwood on Saturday night when they just could not get anything going at either end of the court. It was one of those nights where nothing seemed to go right, and Norwood led from start to finish, with the final margin being 17 (55-72).

The game started reasonably well for the boys despite some poor shooting and the difference was only 1 (13-14) with 3 minutes to go.  But a 0-7 run from Norwood off the back of some poor turnovers (7 for the quarter for North), saw the quarter time score at 15-23. We were struggling to get anyone going offensively, but Lucky and John had managed to score 4 points each, whilst Adam and Pikey had managed a couple of rebounds (we led the rebound count 9-7 overall in one positive). Unfortunately starter Tom Rowe had already picked up 2 fouls and had to be restricted in his court time.

The 2nd quarter was very ordinary offensively. We managed just 9 points in a season low, and allowed Norwood to dominate the boards (6-12 for the quarter) giving them second chance points and opportunities to run in transition, which they did, scoring 17 to lead 40-24 by the half time break.  Turnovers continued to be an issue with 5 for the quarter (and 12 to half time), and the boys were well down on season averages for most categories. John had 8 points, and 2 rebounds; Aric 6 points, 2 assists and a steal, Lucky 4 points and 1 rebound, whilst Leroy led the rebound count with 5. There was still some hope however with Coach Hawkes reminding the boys we had played poorly, yet still remained within touch. If they could get something going in the second half and play anywhere near their best then the game was still winnable.

Despite getting some better effort defensively in the 3rd, and restricting Norwood to just 16 points, the Rocket boys continued to struggle offensively, with missed layups a particular concern. The deficit never got less than 10, and at the end of the period was back to where it started at 16 (40-56). John had a good quarter scoring 4 points, taking 6 rebounds and blocking a shot, but the team continued to look out of sorts.

Being 16 points behind, winning was going to prove to be a difficult task but there was an air of positivity at the last break and the boys were determined to not get any further behind and make an effort to eat into the lead. The closest we got however was 13, and every time something looked like it might happen, Norwood scored to quickly take the momentum back and remain in control. Final score was 55-72 on a disappointing night. Final statistics weren’t great but Aric and John had 14 points to lead the scoring, whilst John with 9, and Leroy with 6 led the rebound count. Disappointingly we lost the rebound count 36-49, and 18 turnovers, whilst better in the second half, were too high at 18.

Good news is the boys have another game Sunday evening at the Titanium Security Arena against Centrals and an opportunity to get themselves back on track. With 2 games to go before finals it is very important we get some momentum going and regain some confidence.