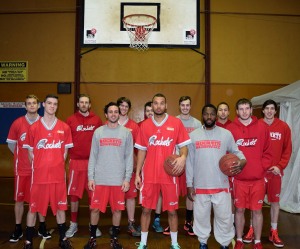 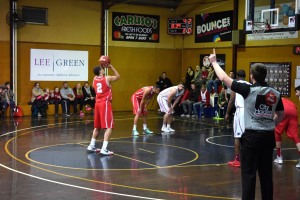 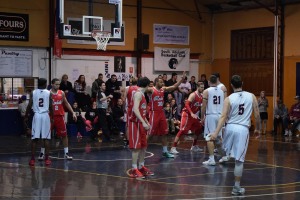 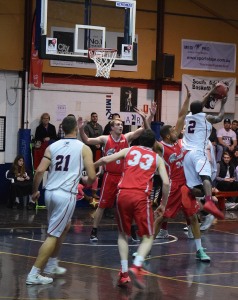 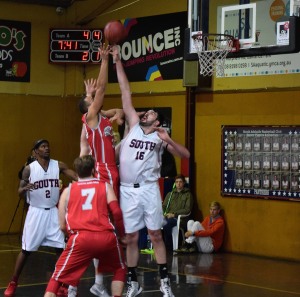 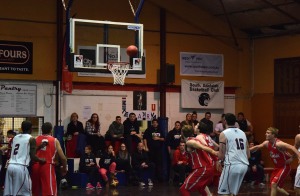 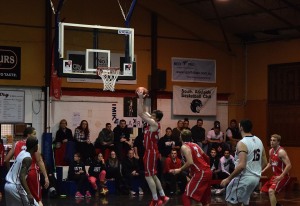 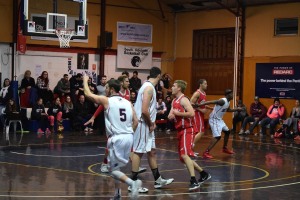 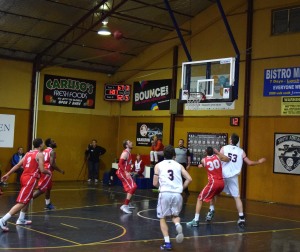 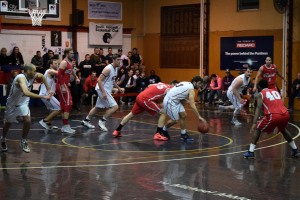 In a very disappointing loss, against a team we will be fighting for a finals spot, the North Boys went down to South at Marion on Saturday night by 26 points (final score 67-93). The late withdrawal of starting guard Daniel Goodluck, due to an ankle injury sustained at training, and the necessary adjustment made to the starting five, didn’t help, as the boys, despite a competitive first half, (38-42) could not sustain the effort for the full four quarters, being outscored badly after half time (29-51). Having said that there was some positive news with the Rockets managing to outrebound the massive South team 46-40 (so there was no question about the effort), and Aric having a game high 36 points. No time to dwell however with a big double header next weekend with Centrals at home on Saturday and Eastern (with 36er Adam Gibson suiting) on the Sunday, and two wins needed.

Luke Pike in his first start for the year, slotted into the starting 5, in place of Lucky, and expectations were high !! The game started slowly for both teams offensively, with neither scoring freely. South’s massive presence in the key had been discussed before the game so the boys were keen to rebound hard and run the ball, whilst at the same time maintain control over South’s import (Jeremy Smith) who has proven to be a difficult match up this year, and a couple of their known 3 point shooters. With 3 minutes gone the score was 4-4, then South had a little burst scoring the next 8 points, before the North boys, off the back of Aric with 2 baskets and Leroy with a big 3 pointer tied the game at 14-14. The score see-sawed back and forth, before a couple of free throws to Aric and a basket to Pikey a few seconds from the buzzer saw North lead 23-22 at the first break. It had been a solid first quarter, with Aric having a particularly good start (9 points, 4 assists and a steal), and interestingly he had been fouled 5 times by South players. Leroy (5 points, 2 offensive rebounds), and John (4 points, 4 offensive rebounds), had also made their presence felt. Rebounds were very positive with North outrebounding South 13-8 and of the 13, an amazing 10 had been offensive !!!!! No complaints the boys weren’t going hard.

South started the 2nd quarter like a house on fire, scoring the first 11 points (now 23-33) in 2 minutes, off the back of some solid 3 point shooting from Shane Boal. A time out by Coach Hawkes slowed the momentum some-what, but some unnecessary turnovers (7 for the quarter), and some average shooting ( 4 of 15 for the quarter) made it difficult to bridge the gap. Free throw shooting (10 of 14) was probably keeping us in the game. Despite being fouled 10 times in the first half, Aric was having a big game, with 22 points, 4 assists, 4 rebounds and 2 steals at the main break, with support from Leroy 7 points, 9 rebounds, an assist and a block. Half time score 38-42, we still led the rebounding 25-18, but apart from Aric were finding an avenue to the basket difficult.

South again started the quarter well and the North boys struggled to get into the game. Within 3 minutes the lead had built to 11 (43-54) and we were finding it very difficult to keep pace. Coach Hawkes in an effort to stem the flow, called a time out and made several substitutions, but nothing seemed to work, and the difference slowly built to 20 by the end of the quarter (52-72). South had contributions from several avenues (they had 4 players in double figures), but another bad quarter for turnovers (6 for the quarter) and again some average shooting (5 of 18) made it difficult for the North boys  to stay in the game.  By this stage South had fouled Aric 13 times, but he had responded well with 33 points.

The last quarter didn’t see the gap reduce significantly and by the 4 minute mark, with the score at 62-88, Coach Hawkes decided it was time to give the entire bench a run and get some valuable court time, so Jordan Goggins, Daniel Pomery (Pom), Brad Jonnek and Jake Crammond all logged several valuable minutes, with Isaac Nyembo having seen some extended time already, joining them. The boys held the own with Isaac, Jake and Pom all scoring, Brad securing 3 defensive rebounds and Jordan getting a block and a rebound so well done to them, they finished the game well.  At the final buzzer, statistical leaders were Aric who scored 36 points, had 7 rebounds, 5 assists, 2 steals and was fouled 14 times !! Leroy had 12 points, 12 rebounds, 1 assist and 1 block; John had 5 points, 5 rebounds, and a steal; Adam 4 points, 3 rebounds, a steal and a block. On a very positive note we outrebounded South 46-40 (24 offensive), but we shot poorly (24 of 76 at 32%), particularly from the 3 point line with 2 of 22 (9%), and we had only 7 assists.

However there is no time to feel sorry for ourselves, we have 2 big games next weekend that are now must wins. Centrals at home on Saturday night, followed by Eastern at the Dome (Titanium Security Arena !) on Sunday. Great chance for the boys to get themselves back on track.