Rockets Women back to winning form 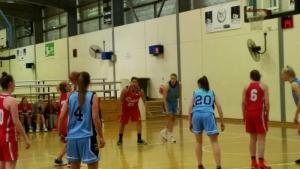 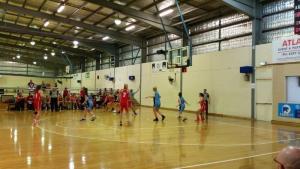 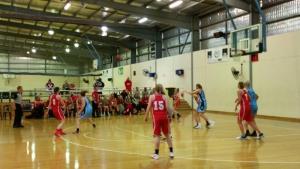 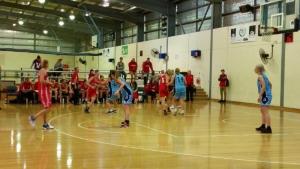 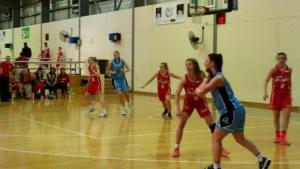 Rockets Women back to winning form

The Rockets women are back to winning form after their 23 point win over the Sturt Sabres on Saturday night. The Rockets made the long trek out to Pasadena coming off the back of a disappointing loss on Wednesday night to South Adelaide.

The Rockets started the game winning the tap resulting in a quick 2 points from Jamie-Lee Peris who opened the Rockets scoring campaign for the night. Hard work under the basket and some strong drives saw the Rockets heading to the foul line early in the game. The umpires had an early influence on the game with both teams in bonus with 5 minutes to go in the quarter. Jamie-Lee Peris was influential early with a great block which allowed the Rockets to score a fast break. The Rockets took advantage of the inexperienced Sabre guards with defensive pressure in the back court. North were able to cause a number of turnovers which they converted into easy baskets, however Sturt were eventually able to respond, keeping themselves in the game. Frustration was felt late in the first quarter with Coach Brenton Johnston earning himself a tech foul, which was quickly followed by a questionable charging foul on Kirsty Williams. Emotions ran high and the Sabres went into the first break with a 21-17 lead.

North allowed the Sabres to score the first 4 points of the second quarter before they were able to make some baskets inside thanks to Jamie-Lee Peris and Jo Hill. The Rockets hit some nice outside shots, attacked the basket hard and earned themselves a few trips to the foul line. Shannon McKay was fouled on a 3 point shot and was able to connect the bonus for a 4 point play. The Rockets shot at 77% from the foul line, a statistic they have been needing to improve. The Rockets went into half time with a 4 point lead, 38-34.

The third quarter started off well for the Rockets with Lauren Badenoch opening the scoring with a nice jump shot. Good defensive pressure by the Rockets saw a Sturt turnover with Jo Hill being fouled on the fast break. Jo connected on a further 2 jump shots in consecutive offences to extend the Rockets lead. Quick ball movement under the basket saw the Rockets heading to the foul line again where they were able to connect and extend their lead. Great ball handling and fancy footwork by Sarah Elsworthy saw her score a lay up, a steal and another lay up just seconds after she subbed into the game. By the three quarter time break the Rockets had extended their lead to 24 points as they outscored the Sabres 27-9 in the third.

Opal Mader, Jess Cook and Sophie Byrne all made an impact in the game in the last quarter as they kicked off the Rockets scoring. At the final siren the Rockets led the Sabres by 23 points (83-61).

Top contributors were Jo Hill with 18 points, 9 rebounds and 4 steals, Shannon McKay with 13 points and Jess Cook with 12 points.

The Rockets next game is at home against the Eastern Mavericks on Saturday night (30th May). This week the women will play the second game of the night. Men tip off at 6:30pm followed by the women at 8:15pm.