North Adelaide Rockets women are back to winning form! 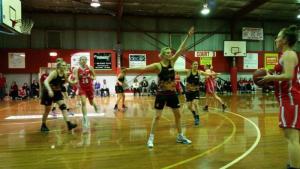 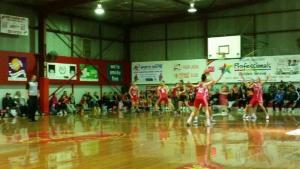 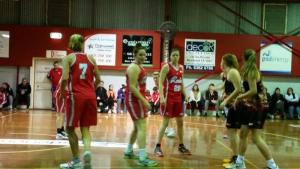 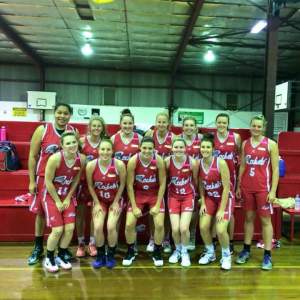 North Adelaide Rockets women are back to winning form!

The North Adelaide Rockets women were back to winning form after cementing a solid 20 point victory over the Southern Tigers last Saturday night.

The Rockets won the tip off which resulted in an easy layup by Shannon McKay. Jo Hill flexed her muscle early scoring the next 4 points. Young gun Sarah Elsworthy looked to attack the basket and also registered points early. A couple of interesting foul calls in the quarter saw the count at 5-0 to Southern’s advantage putting them in the bonus at just the 6 minute mark of the game. Jo Hill was in early foul trouble, registering three fouls in the first quarter and relegating her to the bench. Strong attacking offence from Sarah Elsworthy and Opal Mader sent the Rockets to the foul line a number of times and helped increase their lead. A defensive lapse in the dying minutes of the quarter allowed the Tigers to score a 3 point buzzer beater. The Rockets went into the first break with a 27-19 lead.

Southern started the second quarter with a press, forcing the Rockets into error. Rockets responded with two quick 3 pointers and a couple of tough scores under the basket forcing the Southern coach to call a time out. Rockets executed offense well with shooters Lauren Badenoch and Shannon McKay connecting on long range shots, helping North to extend their lead to 21 at the half time break.

North started the third quarter with tough defensive pressure, forcing two travel calls early in. Captain Jo Hill was back in action in the third and opened up the quarter with a nice move to the basket. Throughout the third, the Rockets maintained defensive pressure causing Southern to struggle offensively. Jo Hill and Jamie-Lee Peris scored tough baskets in the paint giving the Rockets a 69-48 lead at three quarter time.

The final quarter saw scrappy form from the Rockets, resulting in Southern scoring the first 3 baskets before Opal Mader hit a close range jump shot to kick start the Rockets fourth quarter scoring. Opal followed this with a purple patch of baskets, stunning the southern defense. A lapse in concentration from the Rockets late in the fourth allowed the Tigers to score at will. Southern continued to run a full court press right through to the final siren, however the Rockets were able to break through relatively easily. Genna Anderson threw up some 3 point attempts in her final Premier League game for the Rockets before heading to London, but was unlucky from long range. Genna did however score an easy basket late in the fourth. At the final siren the Rockets led the Tigers 86-66.

Top contributors were Jo Hill with 20 points, 9 rebounds, Shannon McKay and Lauren Badenoch both with 13 points and Opal Mader with 12 points, 8 rebounds.

The Rockets now sit in second position on the ladder with 7 wins and 2 losses. Next game is Wednesday 20th May, 6:30 pm at Adelaide Arena vs South Adelaide.