ROCKETS MEN GO 7 AND 2 WITH A WIN AGAINST SOUTHERN 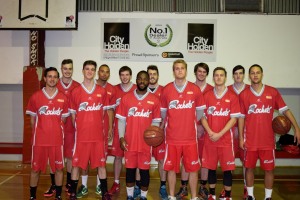 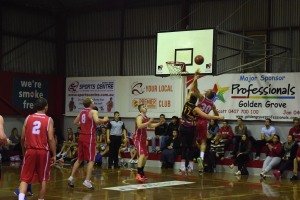 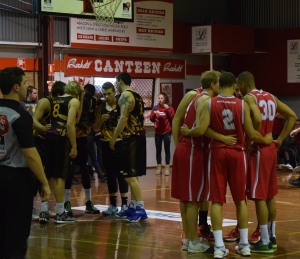 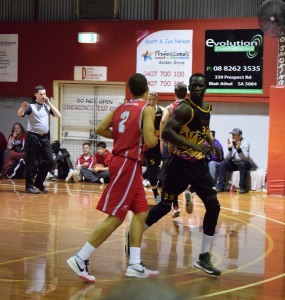 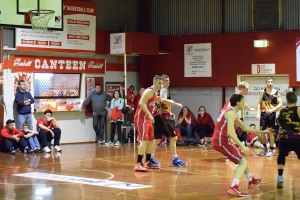 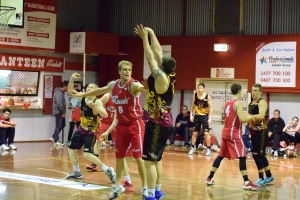 ROCKETS MEN GO 7 AND 2 WITH A WIN AGAINST SOUTHERN

In a game that would best be described as “lacklustre” the Rockets Men’s Premier League team led from start to finish to win 75-65 against a feisty Southern team, at Hillcrest on Saturday night, leaving them with an impressive 7 wins and 2 loss start to 2015. With several starters in early foul trouble however, the game never reached any great heights, nor the excitement of recent encounters, but a solid workman like win none the less, against a young team that has struggled this season.

The game started well enough although it appeared obvious almost immediately that it was going to one of those nights, with several opportunities missed. Adam Schild had a great start however, managing to score 8 points (2 rebounds and a steal) for the quarter, and was a big presence inside the keyway at both ends. Southern were going to struggle to contain him for long and the boys took the initiative and got the ball inside to him early. Since John Wernham’s injury Adam has taken another step up, proving to be a very valuable contributor. Aric also started well, but two offensive fouls within 40 seconds, whilst pushing the ball down the floor, saw the need for him to take a seat on the bench for a while. Leroy also had 2 early fouls which saw his influence curbed somewhat, but a good team defensive job, saw Southern score only 12 for the quarter. The Rocket boys managed to score 17, which was probably half a dozen points from where we thought we could have been. Given that Southern were not a big team, it was disappointing to see that they had outrebounded us 8-9.

Coach Hawkes pleaded for more effort from the boys and there was an immediate response. With the 2nd Quarter starting, Brett Collins secured 2 early offensive rebounds, Luke Pike chipped in with a couple of rebounds of his own and a nice basket, and the lead extended to 8 points quickly. But again some unnecessary fouls, allowed the Southern team to stay within touching distance and they cut the lead back to 3 several times. Tom Rowe finished off the quarter well with two big 3 point shots giving him 10 points (2 rebounds and 1 assist) at the half time break, Adam had 8 points with 5 rebounds, and Aric had 7 points, 2 rebounds, and 1 assist. Luke Pike had a solid contribution off the bench with 4 rebounds, an assist, a steal and 2 points and it was also pleasing to see Isaac (1 rebound, 1 steal) and Jake (2 rebounds) contribute to the effort. Half time score 37-32, still not where we thought it might be given the statistics had us leading comfortably in most categories. Unfortunately Leroy, one of our biggest contributors normally, was having some issues with fouls (3 by half time), and had spent an extended period on the bench. Good news was that we were back on top of the rebound count 21-16 (13 to 7 for the quarter), and everyone had been involved.

The third quarter saw our scoring woes continue unfortunately. We managed only 15 points (5 from Aric and 4 from Adam), and just could not get our transition game going. Southern were working hard defensively and had contributors all over the floor, but Branson was clearly their best. Early scores to Lucky and Aric saw the lead stretch to 9 within the first minute, but we just could not build on it and it hovered between 5 and 9 for most of the quarter. Thankfully our defence continued to work hard and cause them problems, managing to restrict them to just 11 points. Scores at the three quarter time break were 52-43, again the game never really in doubt but it felt like a grind. Leroy’s foul issues continued (now up to 4), but Aric (12 points, 4 rebounds and 3 assists), Lucky (6 points, 3 offensive rebounds, 3 assists and 2 steals), Tom (10 points, 2 rebounds, and 1 assist), Brett (3 rebounds, 1 assist), Adam (12 points, 10 rebounds, 1 assist, and 1 steal), Pikey (6 rebounds, 2 assists, 1 steal and 1 block), and Isaac (2 rebounds, 2 steals and 4 points) were doing their best to make up the difference.

Offensively the last quarter was our best with 23 points, so we got some reward for the effort, but it was never really convincing, given we allowed Southern to score 22.  Scores to Adam and Isaac, (a 3), saw the lead stretch to the biggest difference of the night at 12, but we traded baskets on and off and several times they managed to get the lead back to 8 but no closer. Tommy Rowe hit another 3 (for some reason Southern were choosing not to get out to him) giving him 3, three pointers for the game and 15 points all up, and Isaac continued to get involved and scored 5 for the quarter. Interestingly there were no fouls called on North in the last quarter and 5 on Southern which made the count look a little more even at 18-14 ! Main contributors were Adam (15 points, 13 rebounds, 1 assist (he insists it was 2), 1 steal and 1 block), Aric (18 points, 4 rebounds, 5 assists, 1 steal), Tom, (15 points, 2 rebounds, 1 assist), Isaac (9 points, 2 rebounds, 2 steals), Pikey (7 rebounds, 3 assists, 1 steal, 1 block and 2 points), Lucky (8 points, 3 rebounds, 3 assists, and 2 steals). We led the rebound count 40-32 which was good news. Final score 75-65.

A night were things just never seemed to run as smoothly as normal, but the sign of a good team that can win under any circumstances and not rely on one or two players to do it week after week.

Our next scheduled game is against South on May the 20th (Wednesday week) at the Adelaide Arena, so a chance to continue the good start. Be there !!