ROCKETS BOYS DROP A TOUGH ONE ON THE ROAD 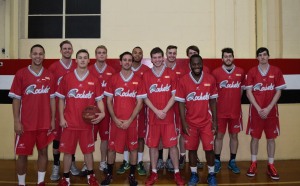 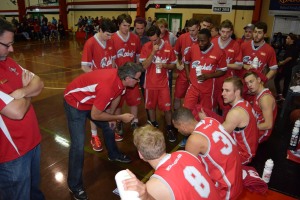 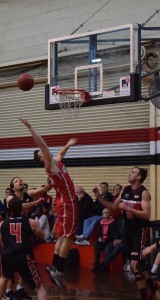 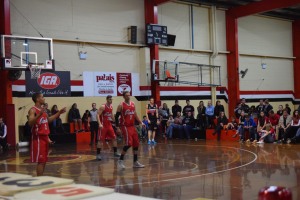 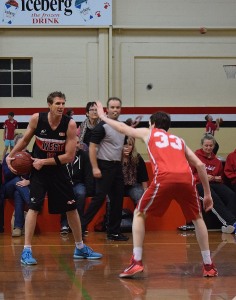 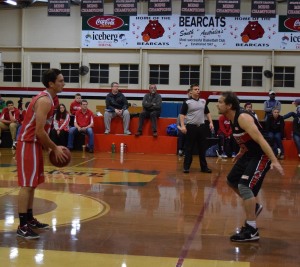 ROCKETS BOYS DROP A TOUGH ONE ON THE ROAD

Despite a great start, and an unbelievable comeback from a big deficit late in the game, the North Adelaide Premiers League Men lost to West Adelaide on Friday night due mainly to some excellent shooting from 36er Peter Crawford, (who was a late addition to the Bearcats lineup), and a few uncharacteristic turnovers late in the last quarter.

The game could not have started any better for the Rocket boys. With the normal starting five (Tom, Leroy, Lucky, John and Aric), up and raring to go, their instruction was to run, spread the West defence in the half court, pass up a good shot for a great shot, and apply a smothering defence. We got out to an early lead of 14-4 by the 5 minute mark, which probably should have been more, given we missed some very gettable baskets . Every North player got involved, whether rebounding, passing or scoring and West reacted by making a few subs, including the introduction of Crawford who added to the outside threat by hitting a long 3, and then looked to push the ball inside to their "big" (Blake Truslove), when the defence came out to him.  The game did settle a little, and North led 23-16, and importantly led the rebound count 13-10. We had also forced West into 5 turnovers with some great defensive pressure. Aric (11 points, 2 rebounds, 1 steal) Lucky (5 points, 2 rebounds, 2 assists, 1 steal), and Leroy (4 points, 4 rebounds), certainly led the way for us in the main statistical  categories. For West, Truslove was proving to be difficult to handle with 8 points.

In contrast, the second quarter saw the Rockets struggle to score, managing only 14 points for the entire period. Thankfully our defence continued to work hard (5 steals for the quarter, and a memorable block by John) and kept West to 20. The offence stagnated however, seemed to stop running as hard, and didn't always make the "extra" pass. We were also out rebounded 5-9, which was not a good sign, and big John Wernham picked up his third foul just before the break. West slowly pegged the lead back, hitting the front for the first time at the 4 minute mark, before the teams traded baskets the rest of the way to see the half time score North 37, West 36. Aric had 11 points, Lucky 9, John 6, Leroy 6 (and 7 boards) and Pikey coming off the bench for a quick fire 5 points.

The half time break gave coach Hawkes a chance to re-emphasise the game plan, but he had to make a few adjustments given he could not start John (3 fouls). Within 2 minutes Crawford had hit 2 big threes (despite some good defence) and West were 8 up and had all the momentum. We also struggled managing the ball with 5 costly turnovers. In an effort to get something happens Coach Hawkes introduced Brad Jonnek, a known scorer, but despite contributing 3 important defensive rebounds he could not connect on the only 3 point attempt he took. By three quarter time, the score was 51-60 West’s way and it was looking to be a difficult last term. Truslove was proving difficult to move inside and he was up to 15 points and 6 rebounds, and Crawford had 20 points with 5 of 9 threes.

The last quarter was very exciting. Despite being down by as many as 14 with less than 7 minutes to go, as in previous weeks, the boys came storming back. An 18-4 run saw the score levelled at 71 all with two and a half minutes on the clock. Three pointers came from Pikey (2), Leroy, and Aric, and big John contributed 2 important baskets to keep the momentum going. By now everyone was jumping, and the mood had changed. Crawford hit a shot for West putting them up by 2 (71-73) and it stayed that way until the 8 second mark despite some shot attempts from both teams. A couple of costly turnovers didn’t help our cause however (we had 6 for the quarter) and with 2 points down and 8 seconds to go, we had to foul to give ourselves a chance to get the ball back. The first time we did this worked well with West missing a free throw and giving us an opportunity to tie the game, with the score 71-74 and about 6 seconds to score. Aric managed to get up a long three and was fouled, the shot to tie the game rolled around the rim and dropped out !! Unfortunately he missed his first free throw, made the second and in an attempt to deliberately miss the third, violated and West had the ball back with the score 72-74. A couple of deliberate fouls by us, saw the final score at 72-78. An opportunity missed. Aric (15 points, 4 steals, 3 rebounds, 2 assists), Leroy (15 points, 10 rebounds, 4 assists), Pikey (14 points, 3 rebounds, 3 steals), Lucky (13 points, 3 rebounds, 3 assists and 4 steals), John (10 points, 4 rebounds, 1 steal, 1 block) were the main statistical leaders.

We had our moments! The first quarter was Rocket ball at its best, the second and third were a struggle, but the boys proved again they can compete with anyone in this league, and have no fear if they happen to fall behind. At the end of the day Coach Hawkes summed it up best, "we lost to last year's runners up who have added a 36er to their line up".

No time to get too down, we play last year's premiers Woodville on Wednesday and Norwood, who now boast NBLer Jacob Holmes in their lineup, on Saturday.