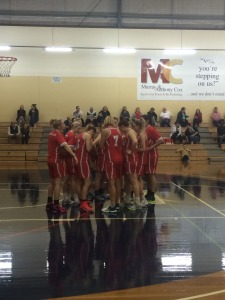 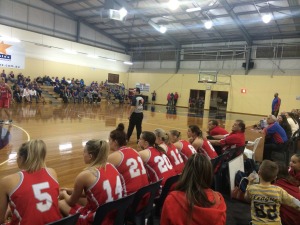 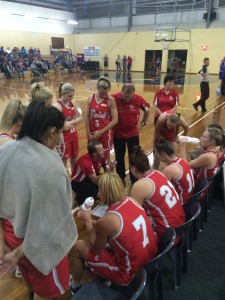 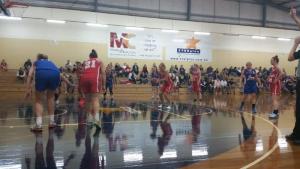 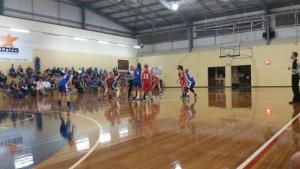 The North Adelaide Rockets Premier League women have opened the 2015 season with 4 straight wins. On Saturday night the Rockets defeated the Central District Lions by 26 points at Starplex.

During the first quarter, Centrals played a zone defense and the Rockets were quick to take advantage of. The girls moved to the open spaces, allowing themselves to score easy baskets and begin building a solid lead. The Rockets started the game playing a full court trap, hoping to take advantage of the inexperience of the Centrals guards. Their full court pressure allowed them to cause a number of turnovers, which they were able to convert into easy baskets as they ran the floor really well in transition.

The Rockets entered the second quarter with a strong 20 point lead. Coach Brenton Johnston was able to rotate through the subs, allowing all 12 players to hit the court. The Rockets continued their good defensive pressure throughout the second quarter, again causing a number of turnovers. To top off the first half, Jess Cook hit an absolute ripper of a half court shot right on the buzzer. The Rockets lead the Lions by 21 points.

The North Adelaide women continued to extend their lead throughout the second half. They continued to play a mixture of traps and full court man to man defense, really trying to pressure the Lions in the back court. The Rockets continued to run the floor well, scoring a number of baskets in defense transition. The Lions were in foul trouble early in the 4th quarter and the Rockets tried to take advantage of this by attacking the basket in order to get to the foul line. The Rockets finished off the game strong with a solid 26 point win.

The Rockets have a huge week coming up with 3 games in 9 days!