YOU NEVER KNOW WHO YOU MIGHT SEE AT A ROCKETS GAME !! 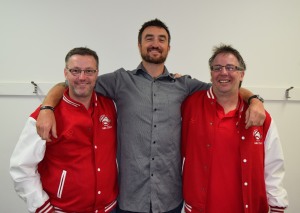 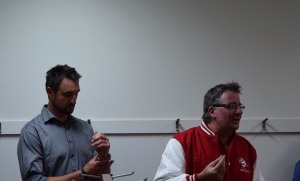 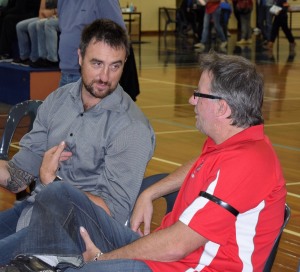 YOU NEVER KNOW WHO YOU MIGHT SEE AT A ROCKETS GAME !!

Ex 36er, Perth Wildcat, Australian Olympian, Gonzaga University, Casademont Girona (Spain), Real Madrid (Spain) player and most importantly North Adelaide Rocket, Paul Rogers was a surprise visitor to the NABC Men’s Premier League change-room for the game against Centrals recently. Paul who is a personal friend of Coach Nathan Hawkes and Assistant Coach Steve Denton, made the visit for the game against Centrals at Starplex. He took the opportunity to meet the players, watch the game, give some personal insights to the coaches and have a chat to the players when the game was over. Given the final result, a 15 point win, the visit would have to be considered successful, and enjoyed by all. Thank you Paul.