North Boys Win Big in the First Game of the Season 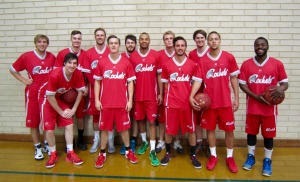 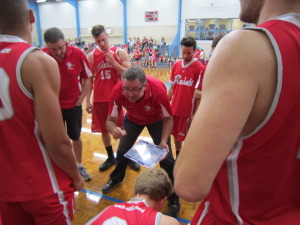 North Boys Win Big in the First Game of the Season

It was a big first up win for the Premier League Men's team at Eastern on Sunday with a final score of 87 to 60.  With all thoughts of the tough pre season behind them and a determination to make a statement early on, the boys set the tone from the tip off with aggressive defence and fast running offensive basketball when the opportunity presented resulting in an early 12 point lead. Luke Mapunda, Luke Pike and Adam Schild were off to a very positive start with 9, 6 and 4 points respectively.

By half time the lead was out to 17 (53-36), with Daniel Goodluck (10 points) joining in on the scoring and John Wernham (6 rebounds) starting to dominate the boards. A great indicator of how well things were going and how much we valued the ball was the fact we had 1 turnover to half time (Eastern had 12).

The 3rd quarter saw the defensive pressure ramped up even further with Eastern restricted to just 2 points (that's got to be some sort of record) and everyone who hit the court for North, getting their name in the scorebook and contributing to a 20 point quarter for us. The three  quarter time score was 73 to 38. Aric Miller dished out 4 great assists for the quarter.
The big lead allowed coach Nathan Hawkes to "clear the bench" in the last quarter, and give several players the opportunity to enjoy some extended court time. It was good to see Kane DellaPia and Brad Jonnek register their first points in the Premier League and Jake Crammond settle into the pace and physical nature of a Senior game. They will all be better for the run.
Statistically we beat Eastern in every category.

The only negative was a knee injury to Isaac Nyembo but hopefully nothing too serious.

Overall, a complete team effort and a great start but 21 more games to go. Our focus is now on Woodville, who we play next Saturday at Hillcrest.