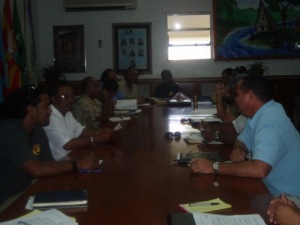 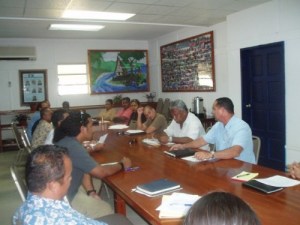 The 2010 Micronesian Games Organizing Committee held it's first meeting on 25th November.  The meeting included both the organizing committee and the advisory group as mandated in Presidential Directive 08-03.  ROP President Remengesau was in attendance to reaffirm his support and also to go over critical issues in implementing preparations for the Games.  He also expressed his appreciation and congratulations to everyone for accepting their roles in the Organizing Committee to ensure the success of the Games.