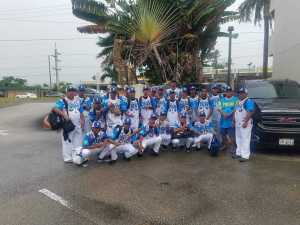 The U-18 Baseball Confederation of Oceania (BCO) Championship will open on Tuesday, 22 January, at Paseo Stadium in Agana, Guam. The final is scheduled for Sunday, 27 January. Five nations will battle for Oceania’s top youth crown, including American Samoa, Guam, Australia, New Zealand and Palau.

The continental champion will become the 11th of 12 teams to qualify for the WBSC U-18 Baseball World Cup 2019, which will be staged at the end of the summer in Gijang, Korea.

The 14-game tournament will begin with a round robin, with the top four teams advancing to a page-system playoff.

The top two from the round robin will advance to the first semifinal, with the winner advancing to the championship game and the loser playing against the winner of the knockout game between the third and fourth seeds.

The loser of second semifinal will be knocked out with a bronze medal, while the winner will advance to the championship game.