Team Palau in Rio for the XXXI Olympic Games 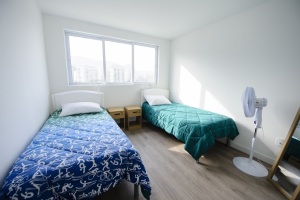 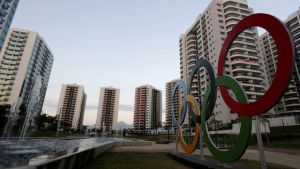 The 2016 Team Palau finally made it to Rio de Janeiro, the host city of the 31st Olympic Games.  The Team arrived 9:30am on Wednesday, July 27, 2016 and were met by officials and volunteers of the games to the Games Village about 45 minutes drive from the Airport. Rio weather at the team arrival was warm and sunny. The team arrived at the village and had the Delegation Registration Meeting (DRM) to validate all the athletes and officials numbers before settling in their respective apartments and rooms.

Team Palau is now accommodated at Olympic Village Building No. 23 with the biggest Oceania Team of Australia, taking couple of floors, and Palau on the 14th floor with Vanuatu, Solomon Islands, FSM and Kiribati. Oceania has two 17floors apartment 23 and 24th. Each apartments has three bedrooms, three full baths for the teams.  Each rooms has full beds, with basics pillows, blankets, bedding covers, etc.  The Rio organizing committee has been working hard to this day to make sure the athletes are accommodated well before their competitions and before the games opening ceremony on August 5th.

Team Palau will have its Team Welcome Ceremony at the Olympic Village on August 1, 2016 at 5pm.  This ceremony will be meeting with Games Village Mayor and to have the official welcome for Team Palau to the Olympic Village and to raise our Palau Flag.  Palau will also present a gift (storyboard), to the Games Village Mayor. All Team Palau Athletes and Officials are now settled at the village and getting themselves familiar with the village surroundings, such as the Polyclinic, the Sports Information Center, the Main Plaza where stores such as Samsung, gift shops, groceries stores are located at.

The three athletes now at the village are Florian Temengil (wrestler), Dirngulbai “UB” Misech and Shawn Dingilius (swimmers). Two athletes coming early next week are Marina Toribiong (K1 paddler) and Rodman Teltull (100m Athletics). All Coaches and Chef de Mission Ms. Frida Delmau are now at the village with the Team. The Official opening ceremony is August 5th at 8pm Rio Time, which will be exactly 8am August 6th Palau Time. Rio is exactly 12 hours behind Palau. After the Opening Ceremony, the first Athlete to compete for Palau is our Swimmer male Shawn on the 11th of August in the 50m freestyle swim, and UB Misech the next day on 12th of August in the 50m freestyle swim, on August 13th Rodman Teltull will run his 100m sprint at the track, and Marina Toribiong to kick off her paddling race on K1 200m and 500m on 15th of  August and the last athlete Florian Temengil to compete in the freestyle wrestling on the 20th of August.  The closing ceremony is August 21st.  For more information about the games, visit our website at www.palaunoc.sportingpulse.net and our facebook page: Palau National Olympic Committee for updates.