Palau Beach Games in Kuabes Beach was a Success 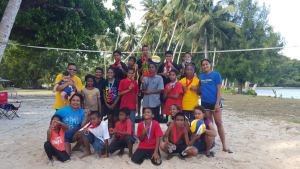 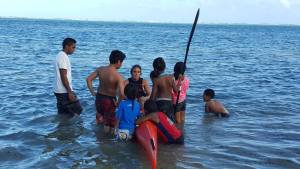 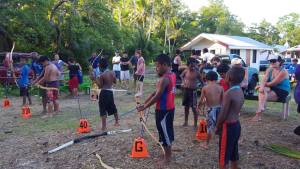 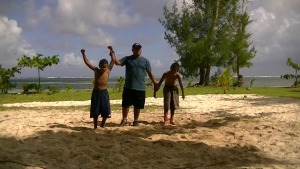 The First Palau Beach Games held in Kuabes Beach in beautiful state of Ngaraard was a huge success with over 100 kids participated various games including Archery, Beach Volleyball, Swimming, Kayaking/Water ski, and Beach Wrestling. Beach game was a two day event which was saturday and sunday Dec. 19th & 20th. On the fisrt day kids from ngaraard along with Bethania High School students came and participate the event and make the event more fun and success, especially the little kids were very excited to receive their first medals at the awarding ceremony. The last day Mindszenty High School students participated all event along with some all the kids from the first day and the event was a very big turn out for start. We would like to take this opportunity and thank Father John Paul, Governor of Ngaraard, Ngaraard Community, and especially all the participants, sports volunteers for making it fun for everyone, especially the kids and parents. Congratulations everyone. Thank you all - Volleyball, Archery, Swimming, Canoe and Wrestling Federations and volunteers.

On Saturday, December 19, 2015, the 2015 Beach Games were held in Ngaraard State, In the Bech Wrestling Events, In the 13 and Under Age Group, Light Weight Division, Caling Aguon beat Mesikt Augustine to win the gold medal. Mesikt placed 2nd for the silver medal and Kishawn Iyechad for the Bronze.