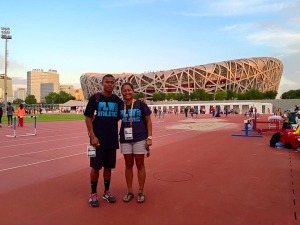 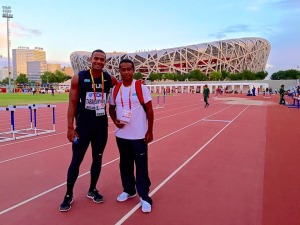 Rodman Teltull Set his Personal best and a National Record with 10.71 Sec in IAAF World Championships in Beijin 2015. Although he placed last on his heat event but he was able to qualify to the next round along with his contender from Fiji Ratu Banuve Tabakaucoro. They both were the only 2 sprinters from oceania to qualify for the next round. Unfortunately they both did not qualify to the finals but they were able to set their personal best. Banuve with 10.22 sec and Rodman Teltull setting his personal best and also Palau National Record with a time of 10.71 sec. Congratulations to this two young man representing Oceania and Especially Rodman Teltull. He will be arriving home on early wednesday morning from Manila flight for a 2 weeks vacation before he return to his second home in Queensland Australia to continue his training for the World Summer Olympics in Rio 2016.