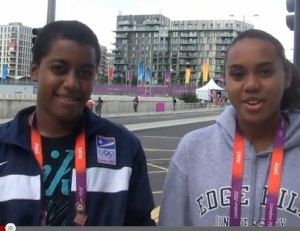 By Gemma Martin of The Reporters' Academy

This film was produced by Gemma Martin of The Reporters' Academy, a media production company run by young people, tasked with the mission of telling the stories of Oceania's London 2012 Journey. The Reporters' Academy is integrated into the world of media, education and employment, based in two great sporting cities, Manchester and Melbourne and is officially Inspired by London 2012. www.TheReportersAcademy.com