St Kilda to field a Youth Girls team in 2014 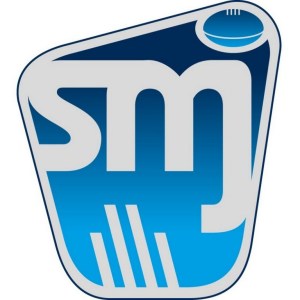 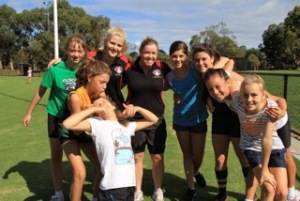 St Kilda City Junior Football Club and St Kilda Sharks Women’s Football Team have combined to form a new Youth Girls Aussie Rules Footy team in 2014.  The team to be based at the Peanut Farm Reserve St Kilda will play under the junior’s banner, but will be coached and managed by the women’s team.

Shark’s representative, Keryn Ralph, said, “The Sharks have identified a need to form a Youth Girls team to provide a pathway to our VWFL Premier Division senior and reserves teams, as we push for success following a much improved year last year in which the reserves played finals for the first time in a number of years.

We share facilities with St Kilda City Junior Football Club and working with them just made sense”.

St Kilda City Junior’s President, Don Robertson, agrees.  “We have wanted to form a girls team for a number of years, but have not had the numbers.

Working with the Sharks provides a wonderful opportunity for girls of all abilities to play Aussie Rules.”

The St Kilda City Sharks, as the team will be known, will play in the Youth Girls Competition run by the South Metro Junior Football League.

If you are a girl aged between 12 and 17 and would like to join the Youth Girls program, please contact Kristy Taylor on kristytaylor38@gmail.com to register or call her on 0424 967 197 if you would like more information.