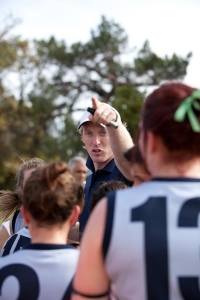 The expanded Academy program will provide Victoria’s most promising Youth Girls players with weekly development opportunities closer to their homes at some of the State’s best facilities. Over seventy girls have been selected for Academies based at the Sandringham Dragons, Calder Cannons and North Ballarat Rebels Football Clubs.

At the Calder Cannons, Graham Burgen, a current Under 18 Assistant Coach with the boys U18 team and Head Coach of the U15s development program, will also oversee the Youth Girls Academy at the club.

Supported by the Bill Hutchison Foundation and the Essendon Football Club, AFL Victoria’s Youth Girls Academy is an on and off field development program for Victoria’s most promising under 18 female footballers that focuses on developing them as great people and not just great footballers.