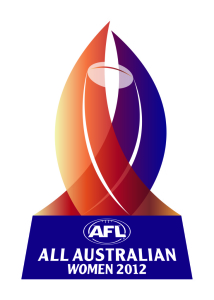 The AFL this week will celebrate AFL Women’s Round.

The Round acknowledges the valuable contribution of women to Australia’s Game and focuses on recognising and developing female leadership across all levels of the Australian football industry, from community to the elite.

A range of activities will take place during the week, headlined by the AFL Women’s Industry Luncheon on Friday July 20 and culminating in several match day events across the weekend.

A key element of this year’s luncheon will be the inaugural Jill Lindsay Oration. This is a keynote address from a prominent female leader in the community, outside football, to talk about their own experience and how they became a leader in their chosen field.

The Oration will be held each year in memory of Jill Lindsay, the longest-serving employee in the history of the VFL / AFL and the only woman in the competition's history to be honoured with Life Membership. Jill began at the then-VFL in 1970 as an office clerk and rose through the ranks  to become AFL Ground Operations Manager from 1991, a role she held until sadly passing away from cancer in February 2011.

The AFL Women’s Luncheon will also acknowledge the 2012 Jill Lindsay Scholarship recipient, Hayley Robinson, an administration coordinator at the AFL Umpires Association and a graduate of the AFL SportsReady program. The AFL has established the annual Jill Lindsay Scholarship in recognition of Jill’s four-decade contribution to the industry.  The scholarship provides the recipient with $20,000 to assist with their further education.

Nominations for the Essendon Football Club Woman of the Year Award will also be named at the AFL Women’s lunch.

In addition, an AFL industry professional development forum for women and a separate diversity and inclusion training session for club CEOs and senior executives will be held on Friday morning in the lead-up to the lunch. These meetings are designed to grow awareness about the importance of diversity, to further develop the capability of women within the AFL and to capture their feedback and suggestions.

The Women’s High Performance Academy will be conducted in Melbourne throughout the week. The Academy involves 50 participants including players, coaches, an umpire, strength and conditioning coaches and talent and coaching managers. The seven-day camp is structured to enhance football and coaching skills and will include personal development sessions from high performance coaches, former AFL players and Australia’s best female coaches.

AFL Chief Operating Officer Gillon McLachlan said the contribution of women and girls is critical to the development and growth of the game.

“On a day-to-day basis we are reliant on vast numbers of women across every aspect of football around the country, particularly the many who help lead and shape our game.

“It’s important to not only recognise female leaders currently involved in the AFL industry, but to also encourage women and girls to pursue a pathway in Australian football.  The women’s mentoring program and the Leadership Forum this week are terrific examples of our efforts to develop the next generation of leaders,” Mr McLachlan said.

“The AFL and the AFL industry have made a good start over a number of years in ensuring the involvement of women at all levels of our game, but we also recognise that there is still much more to achieve.”

Key women in football statistics include:

Some of the activities during 2012 AFL Women’s Round are detailed below.  All media are welcome to attend. In addition, there will be a number of events and activities held at matches across the weekend and NAB AFL Auskick half time matches will feature all female participants for the majority of AFL games.

Monday July 16
Hawthorn players will join stars from the Melbourne Vixens side in the lead up to the ANZ Championship Netball Grand Final and to celebrate AFL Women’s Round at VIS indoor court, Lakeside Stadium, Albert Park at 10am.

Tuesday July 17
Level 3 coaches Peta Searle and Nicole Graves will be available at a High Performance Academy session at St Kilda Beach at 10:30 am.

Thursday July 19
AFL Community Engagement and Talent Manager Chris Johnson will conduct a training session with the High Performance Academy at Princes Park at 10:30 am.