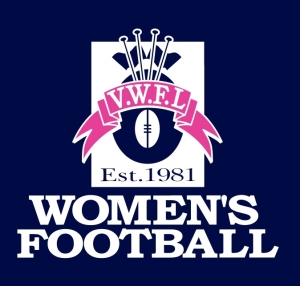 AFL Victoria and the Victorian Women’s Football League have this week announced a partnership to establish the AFL Victoria VWFL Academy.

The Academy will aim to give female footballers in the VWFL access to a high performance environment, as well as additional development experiences.

As part of the AFL Victoria VWFL Academy, selected players will work to individual development plans, with topics including skill development and game education. The Academy will not only focus on the development of players, but it will be an opportunity to up skill coaches within the VWFL system.

Coinciding with the launch of AFL Victoria’s VWFL Academy is the announcement that Peta Searle will be the inaugural AFL Victoria VWFL Academy Coach/Mentor. Searle has a long history with the VWFL as a coach and player, having coached Darebin Falcons to five successive premierships. The Level 3 accredited coach – only the second female in Australia to be accredited at the highest possible level in the game - this year will balance her Academy position with an assistant coach’s role with reigning Peter Jackson VFL premiers Port Melbourne.

Searle’s role will see her help further develop talent in the VWFL through ongoing coaching support, mentoring the players and management of the VWFL Academy. She will also coach the Victorian State Team at the AFL Women’s Nationals, having led the Victorian team to the title in 2011.

“This is a great chance for female footballers in the VWFL to receive development and support from an experienced coach like Peta Searle.”

VWFL President Debbie Lee believes the partnership between AFL Victoria and the VWFL will benefit the competition and female football.

“This is a great opportunity for the VWFL and AFL Victoria to work collaboratively on the development of the game.

Working collaboratively with AFL Victoria will enable us to tap into their current Academy resources and give our players access to the best training and practices,” Lee said.

“This will help accelerate the development of our players and in turn improve skills, knowledge and the VWFL competition.”