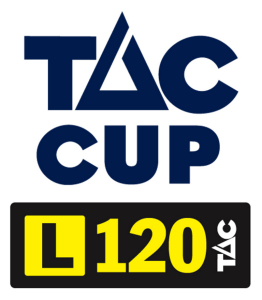 AFL Victoria has finalised its support team for this month’s 2011 AFL National Under 18 Youth Girls Championships. Last year’s Victorian Head Coach, Andrew Jago, will continue in the role. Jago, a level three coach, has combined his duties as defensive coach at the TAC Cup’s Calder Cannons with the Head Coach role of AFL Victoria’s Youth Girls Academy. AFL Victoria’s Female Football Development Manager, Chyloe Kurdas, will continue on as an Assistant Coach to Jago, whilst Alicia Eva will tour as a Development Coach. Nick Owen will join the team once again as the Fitness and Conditioning Coach. Jennifer Plumb, who was a player in the first Victorian Youth Girls team in 2007 before becoming a trainer, will continue as the Victorian Trainer for her on in her fourth consecutive year.

AFL Victoria’s Development Team will be led by a new coaching team this year. Sandringham Dragons TAC Cup Assistant Coach, Paul Groves, has been named as Head Coach, whilst his Oakleigh Chargers’ counterpart, Jamie Maddocks, will be Groves’ Assistant Coach. The team’s Development Coach is last year’s Victorian Under 18 Vice Captain, Alexandra Saundry. Natalie Grindal, also from the Calder Cannons, has been appointed as the team’s Fitness and Conditioning Coach, whilst former Victorian Youth Girls representative, and VFL Trainer, Amy Decker as been appointed as the team's trainer.

Eva and Saundry have been rewarded for their efforts in this year’s inaugural Coach Education and Mentoring Program, which has been added to AFL Victoria’s Youth Girls Academy. Eva was an assistant for the Victorian team in last year’s Championships and coaches East Malvern’s Youth Girls, whilst Saundry has enjoyed a shadowing and mentoree role at the Calder Cannons, co-coached the Western team at this year's AFL Victoria Metropolitan Championships, and has been an assistant coach with Melbourne University’s Youth Girls.

The AFL Victoria Development team has enlisted former All-Australian and current Victorian player, Meg Hutchins as Player Welfare and Team Manager. As a former Director of Rowing at Methodist Ladies’ College, her expertise in managing the development of young female athletes will be vital in supporting the Development team’s new and younger players.