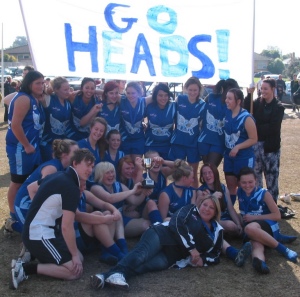 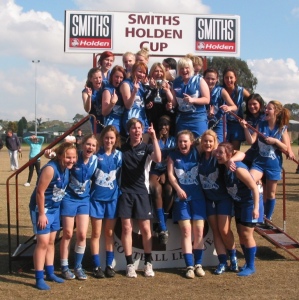 Barwon Heads has beaten Leopold in the 2011 Geelong Youth Girls Grand Final. Played in excellent conditions at Belmont, neither team enjoyed favourite status. Leopold, playing in their third consecutive grand final, had won the minor premiership, but had fallen to Barwon Heads in their only loss for the season in round 12. Barwon Heads, lost only two matches for the season and finished the year as the form side.

A large crowd enjoyed a highly competitive match, as the game replicated each of their battles across the season. Leopold were kept scoreless in the first quarter, but fought back in the second and third quarters to bring the game within a kick. With play moving between each team's half back lines, a draw looked likely. It was Barwon Heads however that nudged ahead, and Leopold's slow start proving too costly. At the final siren, Barwon Heads that claimed their first premiership by a goal in only their second year of competition. Nyeleak Doap took Best on Ground honours for the victors, whilst Temikka Beeston was the best for the valiant Leopold.

Full results can be found here.