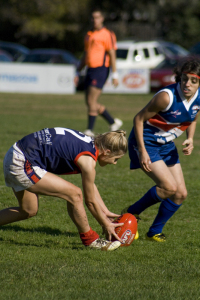 After three tough preliminary rounds, the South East Juniors and the Western Youth Girls will contest the Grand Final in the Metropolitan Championships for the fifth consecutive year.

Both teams haven't had it all their own way this year, nearly dropping their round three matches to the NFL and YJFL Youth Girls teams. Both the NFL and YJFL teams have shown great improvement benefitting greatly from the extra depth provided through new teams joining their competitions.

Both teams have shown great depth, have a number of Youth Girls Academy players as well as emerging stars of Youth Girls football, making the June 25 grand final a hotly contested and unpredictable affair.