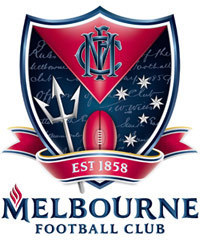 The Melbourne Football Club is pleased to further its commitment to women and girls who play football by announcing the launch of the ‘Trident Girls Football Academy’.

The Academy is dedicated to supporting, promoting and championing young girls and women, playing and administrating the game of Australian Rules Football.

The Academy kicks off on Monday, with 55 youth girls from around Victoria participating in a two-day program during the school holidays.  The two-day program offers an extraordinary experience that is designed to enhance the girls’ football abilities, as well as further develop their leadership and communications skills.

The ‘Trident Girls Football Academy’ will be held at the MCG over two days, with participants undergoing a wide range of activities to gain a greater understanding and insight into working within an AFL club.  Highlights of the two-day Academy include:

•         Delivery of a junior membership clinic in conjunction with Melbourne Football Club players.

The Melbourne Football Club is the major sponsor of Victorian Women’s Football League (VWFL), and is committed to supporting women and girls playing the game. The ‘Trident Girls Football Academy’ is one of many initiatives the Club participates in that encourages female football participation.

•          The dedication of the Queen’s Birthday Clash against Collingwood as the flagship game of Women’s Round.

•         The Melbourne Football Club Rising Star award, which is presented weekly to VWFL players, recognising the values of leadership and teamwork.

•         Education sessions to volunteers and coaches about the skills needed to manage a successful football club.

•         Melbourne Board Member Karen Hayes is also a member of the VWFL Board of Directors.