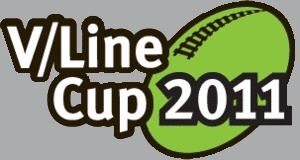 Teams for this year's VLine Cup Victorian Country Youth Girls Championships have been announced. Nearly every team from both the Bendigo and Geelong Youth Girls competitions is represented, demonstrating great growth of Youth Girls football in country Victoria.

The V/Line Cup is the breeding ground for the future stars of football at elite and local levels. It is the premier Under 15 representative program for junior footballers throughout the VCFL and the country Youth Girls competitions.