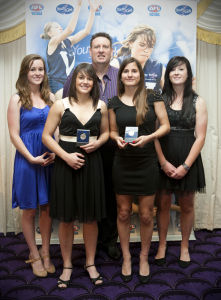 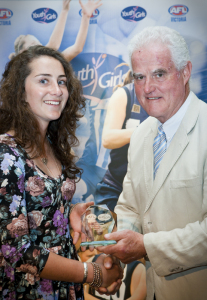 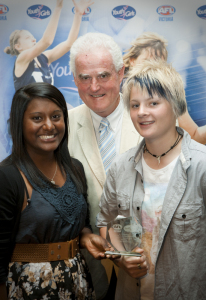 Nearly three hundred people celebrated the 2010 Youth Girls season at the San Remo Ballroom in Carlton on Friday. Best and Fairest, Leading Goalkicker, Best Team Player and Best Conducted Club Awards were given out before a number of special guests, including School Sport Victoria CEO Jude Maguire, NFL CEO Kevin Crompton and DDJFL President Roger Hampson, as well as Youth Girls players, families, officials and supporters. The 2011 Youth Girls Academy squad was announced, whilst a new award, the Eva-Peers Medal was also awarded to the player adjudged by players and coaches to be the Best Team Player in the Victorian team. Awards were presented by AFL Victoria Development Managers.