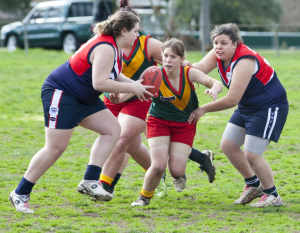 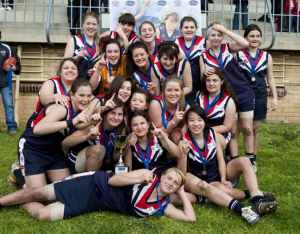 Darebin has won their first ever Youth Girls Premiership by defeating St Damians at Ford Park by twenty-six points. Both Darebin and St Damian's struggled in 2009, finishing last and second last respectively, so to reach the final game of the season was a feat in itself. Darebin, who went from failing to win a game in 2009, to never looking like losing one this year, were dominant from the opening bounce. The class of Jessica Dal Pos was difficult for St Damian's to counter, however some nuggety and stand out performances from Louise Stephenson, Emma Burke and Renee Smith kept St Damian's in the hunt. Darebin's ruck, Shannon Egan went forward and kicked three, showing the depth of talent at the club. In front of a crowd of over 300, Darebin's Youth Girls were able to emulate their senior teams' efforts in claiming a premiership in an undefeated season.