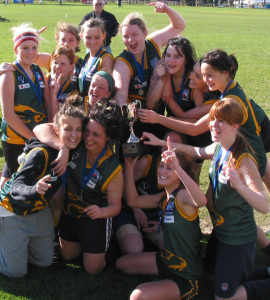 The 2010 Geelong Youth Girls finals series kicks off this week, with all eyes on the undefeated minor premiers, Clonard College, to see if they can make it a clean sweep.

The top four final series will see bottom two finishers, Drysdale and South Barwon, playing in a consolation final to open finals proceedings. Second placed Sacred Heart will take on defending premiers, Leopold, who finished third this year, in the second semi final. The first semi final will see top placed Clonard College take on the fourth placed Barwon Heads, who will will play finals in only their first year in the competition. With only two wins separating second and fourth, this year's Geelong Youth Girls finals series is wide open.

The complete finals fixture can be found here.