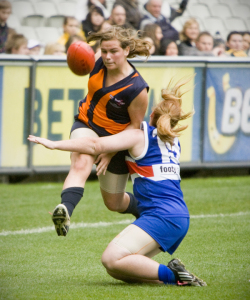 The DDJFL and the Western Youth Girls representative teams will face off for the fourth consecutive time in AFL Victoria's Metropolitan Championships Grand Final on July 3.

The DDJFL has travelled undefeated through the preliminary rounds of the Championships, whilst the Western team has succumbed only to the DDJFL. Both teams had strong wins in round 3 last night. The DDJFL kept their unbeaten record intact, beating the Eastern Youth Girls by over 100 points. The Western team had a five goal win over a much improved Northern team.

Best on ground performances over the preliminary rounds

AFL Victoria's Metropolitan Championships Grand Final will be played at 10am on Saturday July 3 at NAB Oval (Cramer St, Preston).