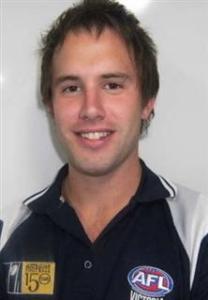 AFL Victoria is pleased to announce the following appointments for the upcoming AFL Victoria Metropolitan Championships:

We are excited to have AFL Victoria’s Regional Development staff, Ashley Brown and Shawn Wilkey involved the Youth Girls representative program for the first time. Their role will be to coordinate and oversee the selection process for their respective teams.

It is very promising to have two former Youth Girls players involved as coaches this year in Keltie Blake and 2009 Victorian Under 18 Captain Alicia Eva. Lou Caluzzi, a former Under 19 Victorian representative will also join the Western ranks as a selector.

This year’s Dandenong Youth Girls team will be managed by the Dandenong DJFL for the first time as part of their role in managing the South Eastern competition.

The dates of AFL Victoria’s Metropolitan Championships are:

Selection training will be held over the first three weeks in May.