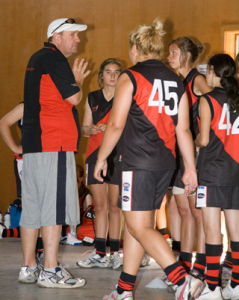 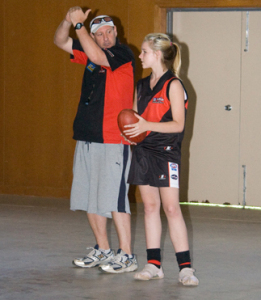 AFL Victoria is pleased to announce the appointment of Andrew Jago to the role of Victorian Under 18 Youth Girls Coach for 2010.

Andrew has held a number of coaching roles at both senior and junior levels. He was recently appointed to the role of Victorian Country Assistant Youth Talent Manager by AFL Victoria. In 2009 Andrew worked as an assistant coach to Nathan Buckley with the Under 16 Victorian Country team that claimed the national title.

A level 2 coach and sports psychologist, Andrew brings a myriad of skills and experiences to the team. He has enormous enthusiasm for the game and in working with young people.

Andrew was a guest coach at AFL Victoria's Youth Girls Academy preseason camp last month and was impressed with the depth of talent that exists in Victoria. He took the girls through an exhausting ninety minute game sense session and was delighted how well the girls were able adapt and read the play.