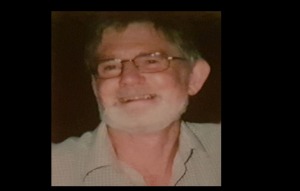 The Board, together with past and present members, of the Southern Tasmanian Softball Association is saddened by the death of Life Member David.

Coming from a Baseball background, David started his long softball coaching career in 1961 with a group of girls that included some Sandy Bay Hockey players, this resulted in the Sandy Bay Softball Club, later to become the Central Bears Club.

The club, under David’s guidance and perseverance grew from one team to, in one season, 18 teams incorporating T-Ball to A Grade. He coached grades from Under 14 & 16 to A Grade Men and Women but it was with juniors that Dave’s coaching skills were put to best use and many of our states best players came from a background of having him coach them in junior grades.

From Club coach Dave went on to coach numerous STSA representative teams as well as Junior State teams He was Head Coach of the first Tasmanian team to defeat a Victorian team.

Dave not only gave his time willingly to players from other clubs and associations in Tasmania but also funds to assist them represent Tasmania at nationals.

His work with pitchers throughout the state produced some of the best Tasmania has seen.

For the past 15 years, due to ill health, Dave was unable to participate in the game he loved but always had an interest and positive thoughts on when he could return to help out wherever needed.

This attitude continued over this time and, although quite ill at times he remained positive without complaint.

We offer our condolences to Julie and family.