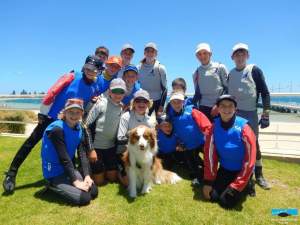 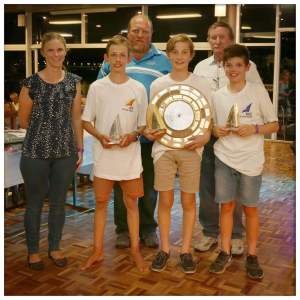 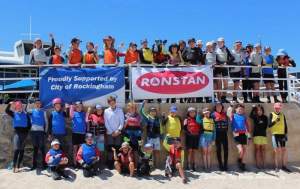 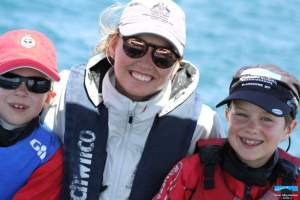 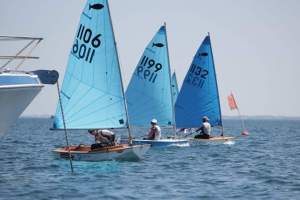 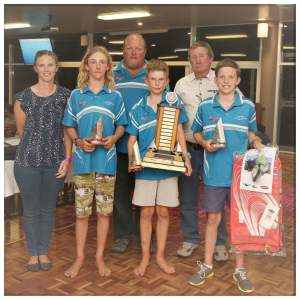 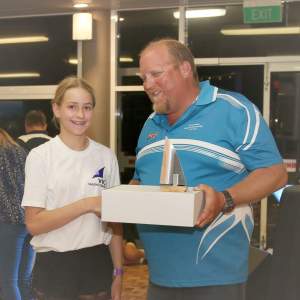 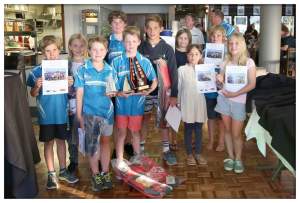 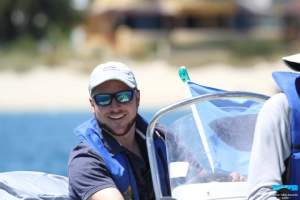 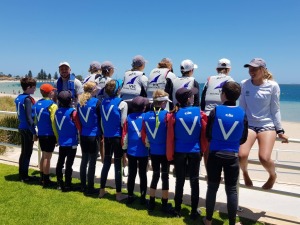 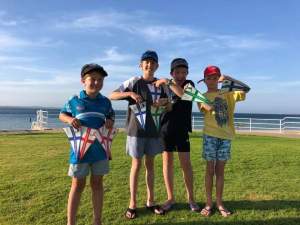 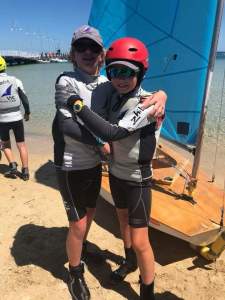 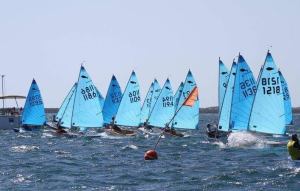 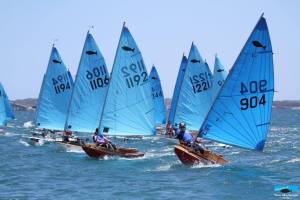 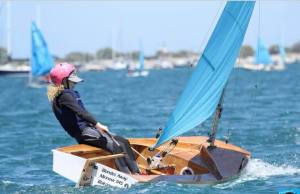 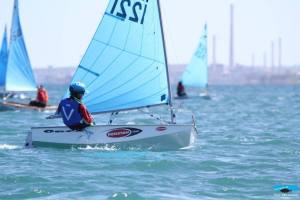 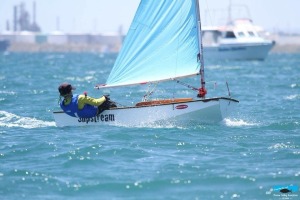 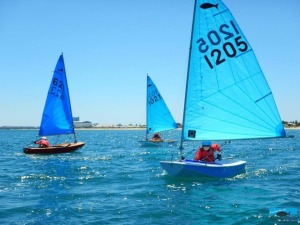 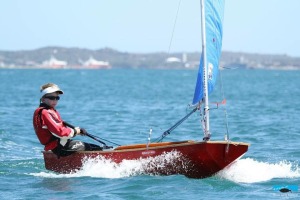 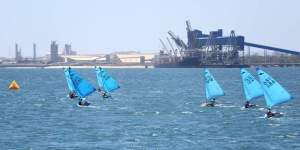 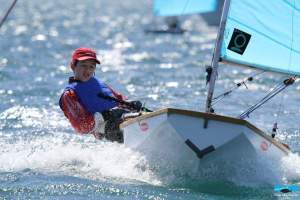 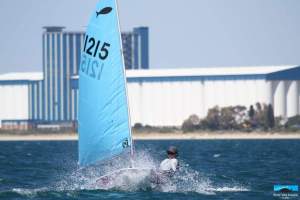 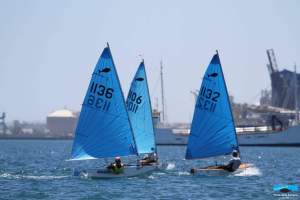 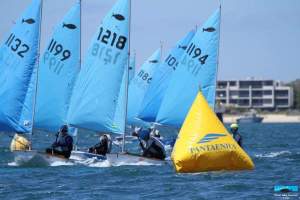 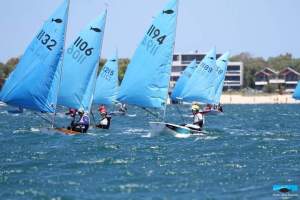 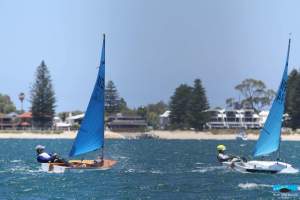 Congratulations to all competitors in the 39th Australian Minnow Championships in Rockingham.

It was a great week with many great battles on the water, personal achievements and friendships developed. All the kids came away as better sailors and with new friends. The regatta was sailed in a range of conditions, with some windy afternoons when the famous Fremantle Doctor arrived.

At the pointy end there were many close contests. The first seven sailors all had time in the lead and results in the top three, and five sailors won races. On the final day there was a great showdown between Ed Warner (Blairgowrie) and Aden McGrath (Darwin), with Ed coming out on top in a battle between two great sailors. Well done Ed! Sam Backwell finished 3rd and Tom Warner 4th.

In the Juniors Xavier Bates (TCYC) won by a small margin from Lucas James (Blairgowrie), and James McCrath (Darwin).

Archie O’Brien, Josh Baker (Parkdale), Isabelle Matthews (Rye), Chloe Warner and Campbell Matthews (Rye) all sailed very well in the Open fleet and improved throughout the regatta. The highlight was watching the intermediate sailors overcome numerous challenges and show great resolve to sail their boats in difficult conditions. Some examples were Chloe getting back out there after breaking her tiller in a cartwheel, Campbell’s persistence and Isabelle’s tenacious battle to finish a long race in 18-23knots despite numerous capsizes and round ups.

In the Novice fleet the Frills, Will James and Fred O’Brien had a great contest for first and second, and Jay Cleland sailed very well.

We would like to thank our super coaches Paul Rogers and Laura Harding, TCYC and the WA Minnow team, especially Amber and Michael, for a great regatta. And to Shane Baker for the superb photos.